Then the One thought: Who am I?
and from the "I" emerged the "You"
from the you emerged he, she and they -
distances were created, otherness was created
attraction and repulsion, weak force, strong force
virtue and vice, good and evil
leptons, muons… the building blocks
electrons, atoms, cells and the universe.

And He was in it all, supervising all
waltzing across galaxies, gliding between nebulae
making them dance to the myriad taalas
he created from his celestial damru,
spinning them into orbits, circular, elliptical
with a nudging of his swaying trident, the glistening Trishula.

And after having created the entire universe
He came out of it
threw away his damru
disinterested, tired, ascetic
He went to the top of the Himalayas
clad in a tiger skin, smeared in ash
and meditated for eons.

Until
the glaciers melted away under the greenhouse gases
bulldozers rumbled through the Himalayan heights
fighter jets zoomed past His secret abode
people came to see Him in hordes, in busloads
no, it was not possible now to simply mediate anymore.

The Third Eye opened. It was time for that dance again
But the taala was missing, where was the damru?
The dim-dim-dim of the damru was drowned
in the cacophony of the rock and roll.
But He must dance. He must create

So tsunamis were created, typhoons were created
tornadoes, blizzards, earthquakes were created
His footsteps were heard
In Hiroshima, Chernobyl, Auschwitz, New York
and he danced and waltzed and twirled and careened
till His legs were tired and feet were bruised
tiger skin torn, hair locks shorn
until he could dance no more… 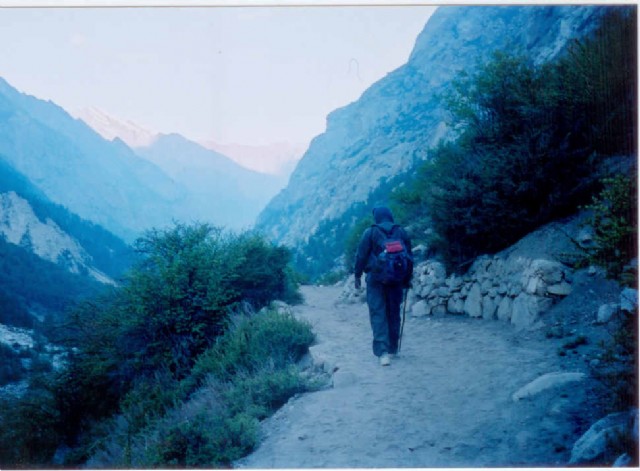 Dr Tapan Kumar Pradhan
Saturday, April 12, 2014
Topic(s) of this poem: dance,creation
poem poems dance pink tiger Fighter
Download image of this poem.
Report this poem
POET'S NOTES ABOUT THE POEM
Written as a reaction to the brutal New Delhi gang rape of December 2012 and the unabated sequence of such atrocities in a city, which once witnessed the Great Indian War of Good vs Evil (Kurukshetra) , but which recently is fast gaining the shameful epithet of 'Rape Capital' of the World.
COMMENTS OF THE POEM
B. Laxmi Priya 17 February 2015

CREATION and then DESECRATION - soon back again

So tsunamis were created, typhoons were created tornadoes, blizzards, earthquakes were created His footsteps were heard In Hiroshima, Chernobyl, Auschwitz, New York and he danced and waltzed and twirled and careened till His legs were tired and feet were bruised tiger skin torn, hair locks shorn until he could dance no more Stupendous write..... Shiva's 'thandava' with his third eye open... in all its fierce fury and frenzy! The concluding three lines pierce deep! ! Top marks.... Well done Dr. Tapan!