I love him. A lot - so I say to myself.
When we first properly met, it was the same time I met another man.
This man is handsome, charming, funny, and knows how to get what he wants.

This man makes my heart race when I think about him, see him, his stare towards me.
The way he looks at me makes me want to melt.
With him I would imagine a strong, passionate chemistry, the type of couple that everyone wants to have.

This man is the type of guy your parents would warn you to stay away from
A heart breaker.
But with me I knew it was real. The way he looked at me is different from how he looked at other women.

I was so scared, yet I wanted something to happen between us so badly.
So instead, I took the easy way out and choose him instead of the heartbreaker.
Don't get me wrong, I love him, he's smart, caring for the most part, sweet, and unusually interesting.

But, so many times - during the bad times I wonder, what if I chose the heartbreaker?
I know he would definitely give me all the attention I want compared to the man that I'm with.
This man would have helped me become more open, carefree.

But, I took the easy option out. I have a man that treats me well sometimes, is confused about his feelings
About many topics. Sometimes insults me and is rude.
He expects equal effort including equal paying towards things.
There's no such thing as ‘wooing the girl' with the man that I chose.

Isn't the man supposed to try and woo the woman he wants and loves?
I guess I will never know as I didn't choose the right man for that. 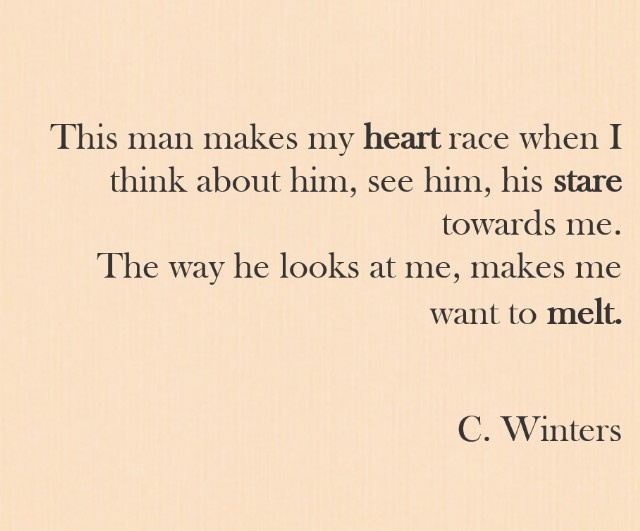