Hoss Died Half A Century Ago Poem by Randy Johnson

Hoss Died Half A Century Ago

He's a deceased actor who still has plenty of fans, including me.
Dan Blocker died fifty years ago today at the age of forty-three.
He and his family moved to Switzerland because he was against the Vietnam War.
When he had gallbladder surgery, he didn't know that his death was what would be in store.
He commuted back and forth to the USA to star in Bonanza until his untimely death.
On May 13,1972, a very talented actor passed away when he took his final breath.
He made Bonanza great but half a century ago, he was a man who the world lost.
Fifty years ago today, people had to say farewell to the man who starred as Hoss.
He was too young to die and when everybody lost Dan, it was a damn shame.
Bonanza ended just one season later because without Dan, it wasn't the same.
Dan's death caused his family, fans and the Bonanza cast members plenty of devastation.
It was half a century ago today when millions said goodbye and mourned in many nations. 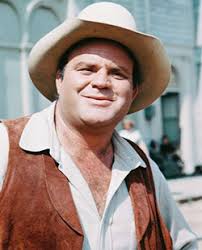 Randy Johnson
Friday, May 13, 2022
Topic(s) of this poem: goodbye,acting,anniversary,death
poem poems death today family lost farewell Goodbye deceased
Download image of this poem.
Report this poem
POET'S NOTES ABOUT THE POEM
Dedicated to Dan Blocker (1928-1972) who died 50 years ago today on May 13,1972.
COMMENTS OF THE POEM
See All Comments
READ THIS POEM IN OTHER LANGUAGES

I would like to translate this poem
Poems By Randy Johnson
Xbox 360
Frankenstein's Monster
You Got My Sister Pregnant
Elvis Presley: The Same Amount Of Time
100 Dogs
See All Poems by Randy Johnson
Next Poem
240 / 477
Previous Poem