Lent - A Time To Remember Jesus

He was not a thief
he was not a criminal;
he was not a trespasser
he was not a plunderer;
he had not violated any rules
he had not even disobeyed any laws;
his crime was love and innocence
his felony was healing the sick;
the kings could not accept his power
the kings could not admit his fame;
the envy was so overbearing on them
the benevolence was so formidable to them;
the only supremacy Christ owned was love
the only quality Christ encouraged was forgiveness;
everywhere Christ preached of love and unity
everywhere Christ beckoned people to forgive each other
the parables highlighted that truth should be embraced
and dishonesty and temptation should be cast away;
finally it was the hour of Christ's own confrontation,
he faced kings who condemned him innocently
the crime was non-existent, the sin was fictional.
Jesus had done no wrong except healed the sick,
Jesus had encouraged people to follow humbleness
Jesus had directed people to pray and repent;
Jesus fasted for forty days to reflect and prepare
Jesus was betrayed by his own disciple friend Judas
yet Jesus never feared to face the afflictions:
Jesus climbed the Calvary Hill with struggle
Jesus was whipped as he fell yet He kept climbing
Jesus died on the cross among other thieves
Jesus was crucified - his crime was love and healing;
Jesus was punished innocently,
the kings had found him guilty of eminence
their accusation against him was their own jealousy
they feared his prominence and felt intimidated;
Jesus sentence was crucifixion
Jesus reward was heaven
Jesus the epitome of courage and sacrifice
Jesus the embodiment of compassion and love. 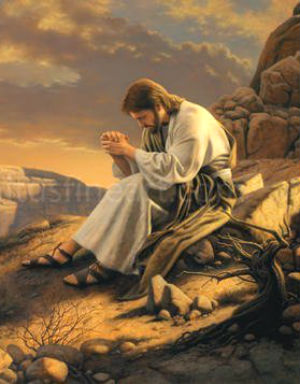 Bernedita Rosinha Pinto
Saturday, March 27, 2021
Download image of this poem.
Report this poem
POET'S NOTES ABOUT THE POEM
Lent is a 40-day season marked by repentance, fasting, reflection, and ultimately celebration. The 40-day period represents Christ's time of temptation in the wilderness, where he fasted and where Satan tempted him. Lent asks believers to set aside a time each year for similar fasting, marking an intentional season of focus on Christ's life, ministry, sacrifice, and resurrection
READ THIS POEM IN OTHER LANGUAGES