Life Kindles The Flame Of Poetry

Wise men say that it is not right to demystify poetry by submitting it to critical analysis, which is perforce involved in narration of creative experience. Nevertheless, no less than intellectuals defied this and analysed the Act of creativity in art.' and especially in poetry, volumes of criticism evolved from centuries on end. However to my knowledge no poet on his own explained how he got his symbols, metaphors and his purple passages. Either the poets or critics said only in general terms in what state of mind the poet got his lines and what happened to one to reach that state of mind. In the east and to some extent in the West too, in the old world, dialectics of poetry was an intense activity in literature and in the East particularly India, Sahitya shastra (science of literature)flowed down the centuries with uninterrupted continuity, perhaps from times earlier than the 4th century B, C. down to about 16th/17th centuries A.D.

Earlier known Rhetorician is Bharata in whose times play and ballad were the only dominant genres. But it is obvious that Bharatha was the last author on the dialectics of play writing, which indicates after a long duration of time play writing was reduced to a trickle and eventually vanished. Then followed the endless period of kaavya. While in the play action. Abinaya is the crucial factor; in kaavya metaphor i.e alankaara is the crucial factor. With Bhamaha probably in between the second and third centuries. C. The era of kavya sastra commenced, ringing the curtain on the Natya and Natya shastra. After Bharatha nobody wrote a Natyashastra. In the modern times in India, play-writing draws on the techniques of the western play. This is only a preface to say that a narration involving critical analysis of how his symbols and metaphors are acquired by a poet in the given cases will demystify the poetry and rob it its enchantment. That too, it is bound to happen when the poet himself indulges in such narration. When the critics do it, their analysis and interpretation are not uniformly the same, but vary from each other where by the mystery of poetry survives and the poetic enchantment continues. But when the poet comes out with the unfolding of his secret, his statement becomes the final on the issue and the statements of the critics differing from that of the poet become invalid wholesale. Thus the art of literature ceases to be the moveable feast, and becomes a dead fish by one such grievous mistake of the poet. Nonetheless I would speak in general terms how the symbols and metaphors that a poet gets are like uninvited guests, who spring a plea sent surprise on the host the poet. After he comes out of the poem, the poet himself feels surprised how they came to him, in other words how they came to him. So the symbols and Metaphors are not deliberately manipulated and captured like criminals by the police. Symbols and Metaphors visit only those who have prepared themselves as the medium to receive these visitors. The poet is of course only the ordinary individual but with the difference that he cultured himself by going near and getting involved in life and literature. By such a process of involvement one ceases to be the ordinary individual and becomes too sensitive and therefore susceptible to the invasion of life on him. He is bruised easily. He is like a fiddle with strings drawn to final limit, and even a whiff of wind can knock out a note of melody from the vibrant strings. At the this point the individual is called poet, Referring to his condition called poet, bharat says 'yortho hridaya samavaade yasya bhaavo rasodbhavah, shareeram vyaapyathe thena shus hkam kaasthamivaagninaa'- (the object with which the poet gets involved and thereby gets totally involved due to constant engrossment with it, spreads through outs his body from head to foot, like fire spreads through a piece of dry wood.)The French poet Baudelaire said that the poet reaches this condition by 'perfected sensibility' and the Spanish poet Lorca called it 'sensibility perfected by reading and experience'. It is in this condition that the poet's physical EYES become inert so to say and the third eye the metaphysical eye opens. The third eye is the Vision which sees the invisible things through the visible things, that is, ‘the thing in itself 'as kant called it. Charles Baudelaire lines are for instance useful here to explain what I said-'the furniture appears to be dreaming and the cloth materials speak a silent language like flowers '-'the vast park abandons itself to the eye of the scorching sun like the youth to the domination of love '-here 'furniture' ‘cloth materials ', flowers, park, sun. etc.., are seen by the physical eye but furniture dreaming ', silent speech of flowers etc. can only be seen by the metaphysical eye which is called by the indian kaavya Shastra darashnam ".naanrish kavairithyukthah risish cha kila darashanam ".Balzac called it the second vision and the great poet mayakovsky descriibed it as "the celebrated absent-mindedness" of the poet. But the most vivid and appealing description of the condition called poet is given by the Sharadaa Tanaya in his Bhava Prakasham as follows, 'parasyasukhaduhkhadeh anubhavena chestasah tadbhava bhavanam Yena bhavaeth tadanukoolatahah tat satwam'he says that Satva guna which an individual attains by abhyasa ie.Practice renders him emotionally too delicate, too kind and extremely sympathetic, by which he is pained when his fellow-being is happy. Here fellow-being includes all the living beings of the creation. This is called 'karuna vedithwa' in Ramayan. 'tathahkarunavedithwaath adharmoya -miti dwijah nisaamya rudateen kraunchaeem idham vachana mabraveeth'- The more famous line is 'shlokathwa maagathah' So out of shoka the poet rises like the sun.shoka here is equivalent to 'RASA" taadaathmya. The poet in this condition characteristically reacts with great vehemence against 'adharma' i.e., 'injustice' and takes the side of dharma i.e., justice, spontaneously. This is how the poet is the real supreme court of a country. I think enough is said of the magnificent role of the creative artist.
Thank you 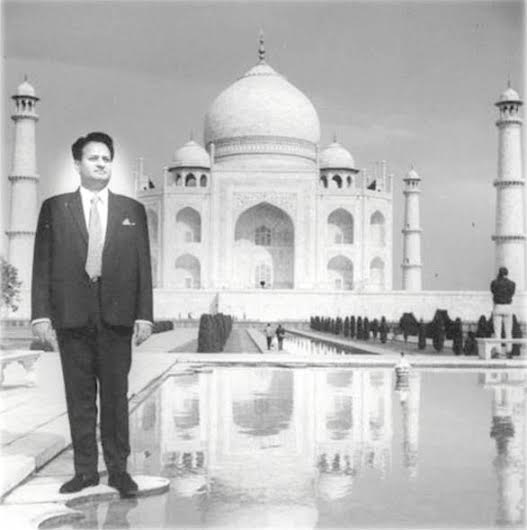 Seshendra Sharma
Sunday, February 23, 2020
Download image of this poem.
Report this poem
Topic(s) of this poem: poetic expression
POET'S NOTES ABOUT THE POEM
(Seshendra's speech in "Meet The Author "program
at Central Sahitya Academy: New Delhi,27-2-1995)
READ THIS POEM IN OTHER LANGUAGES