Type Islamic, cultural/Significance Traditional commemoration of the birth of Muhammad(saw)Observances fasting, public processions, religious singing, family and other social gatherings, decoration of streets and homes Date12 Rabi'al-awwal(Sunni Islam) ,17 Rabi'al-awwal (Shia Islam)
2016 date from sunset to sunset:
11-12 December (Sunnism)
16-17 December (Shi'ism)
Frequency Annual/lunar (every 12 lunations)
Mawlid(Arabic: مَولِد النَّبِي‎‎ mawlidu n-nabiyyi, "Birth of the Prophet", sometimes simply called in colloquial Arabic مولد mawlid, mevlid, mevlit, mulud among other vernacular pronunciations; sometimes ميلاد mīlād)is the observance of the birthday of the Islamic prophet Muhammad which is celebrated in Rabi'al-awwal, the third month in the Islamic calendar.12 Rabi'al-awwal is the accepted date among most of the Sunni scholars, while Shi'a scholars regard 17 Rabi'al-awwal as the accepted date. This seven days period, i.e.12-17 Rabi'al-awwal, is assigned by Islamic Republic of Iran as the unity week.
The origin of Mawlid observance dates back to the period of the early four Rashidun Caliphs of Islam.The Ottomans declared it an official holiday in 1588.The term Mawlid is also used in some parts of the world, such as Egypt, as a generic term for the birthday celebrations of other historical religious figures such as Sufi saints.

(From Wikipedia, the free encyclopedia/pic wiki)) 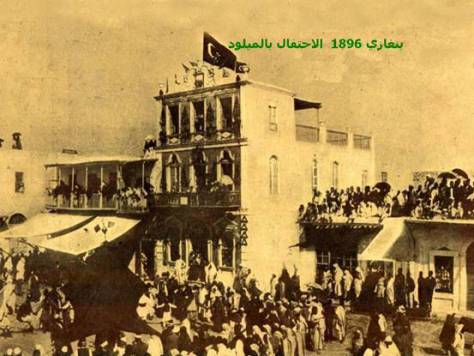