Rating: ★5.0
Though virtual reality wasn't new, I hadn't ever once tried it,
Yet the concept fascinated me, like beauty's mysterious secret.

It seemed that the new experience, would be one I would enjoy,
So in eagerness I scheduled a session, my fine passion's ploy!

Like the one that overtakes you, when you were not even looking,
And sweeps you away ecstatic, with lyrical tugs of heartstrings.

For the very best adventure, I would travel to a nearby town,
As when mellowed sun is departing, it puts on an evening gown.

So down the spruce lined highway, I traversed undulating miles,
While clouds were daisy colored, in the latest summer styles!

When I reached my destination, I had dinner and retired early,
After gazing long at the pale moon, newly come full and pearly.

I engaged in the sunrise ritual, of breakfast and my ablutions,
Then I set out in honey sunshine, seeking boredom's solutions.

At last I was in my headset, and the controls were in my hand,
And as the fantasy took over, I found myself in a strange land!

The sun was huge and apricot bright, and plum hued birds sang,
And there were tall graceful people, and lazy clouds of meringue.

A lady going past asked my name, after pausing a moment to stare.
Her hair was sable colored, and she moved with style and flair.

She towered far above me, under the enormous coral leafed trees.
My old life was gone in a moment, drifting on the summer breeze.

We fell naturally into step, we mystery's mysterious companions,
As the rising of the sun colors, every corner of walled canyons.

I noticed it was awhile, since I'd felt conscious of my controls;
And I no longer felt in control, like nature when autumn unfolds!

But I completely forgot the fact, amid the new sights and sounds,
Like in the pleasantry of late May, when new life is all around!

Ione was the mystery lady's name-her grace was poetry in motion,
She had a pair of ruby eyes, sparkling like sunset on the ocean!

As we got to know one another, I told Ione how I'd just arrived,
I asked if she could be fantasy, and she said she was much alive.

She asked if the fantasy could be me, and I her virtual reality,
Like the weekend flower days, when Saturday's identical to Sunday.

We walked and talked thus as one, on differing sides of the line,
Meeting as opposites in the middle, like pearly stars at noontime.

The houses vaguely resembled ours, only built by alien architects;
And their beauty set the heart to racing, like gem encrusted objects!

We encountered other people, and they happened to be quite polite,
As the moon at the approach of the sun, kindly takes to rapid flight.

None noted my unusual appearance, nor the stars in my dreamy eyes,
For when a fantasy becomes real, all of its parts must harmonize!

Ione and I strolled a coral park, with blue bees and sangria blooms,
And I was becoming intoxicated, on their strange and heady fumes.

Then we rounded a charming corner, and dear Ione called out my name,
For our two worlds were separating, as the sun goes down in flames!

Lastly I saw her waving, and I returned the gesture so bittersweet,
As the world drifted away and vanished, with her half of the street.

And suddenly I could feel the headset and the controls in my hand,
As if the elder reality had resurfaced, to take its brand new stand.

Which reality was really real? I really don't know anything anymore,
As the sun is stranger to the nighttime, as he's not been there before! 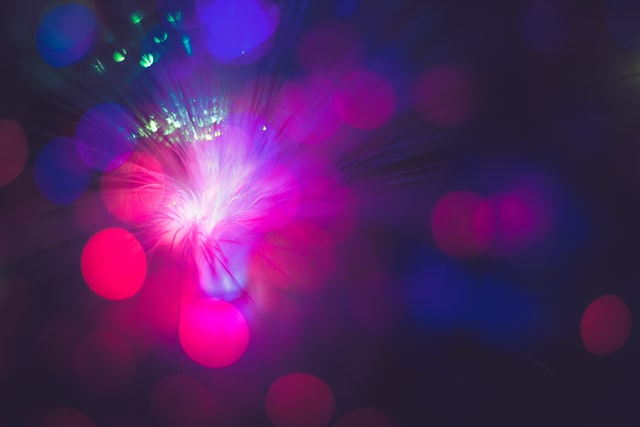 Evelyn Judy Buehler
Friday, February 26, 2021
Download image of this poem.
Report this poem
Topic(s) of this poem: fun,fantasy,friend,imagery,color,adventure,nature
POET'S NOTES ABOUT THE POEM
Photograph courtesy of Shahadat Rahman from Unsplash
READ THIS POEM IN OTHER LANGUAGES

I would like to translate this poem
COMMENTS
Varsha M 26 February 2021
So well penned Evelyn. I loved the way you weave stories in the glorious flow as if its being actually in action. The alien architect and reality yet to say im not real...wow.
1 0 Reply
See All Comments