Drawing My Own Conclusions Poem by Evelyn Judy Buehler

Drawing My Own Conclusions


I'd been caught up in the middle, of one of those awful days,
When nothing seems to go right, with glitches and delays.

I was having a rough day at work, and the boss was now irate;
And all I could think about, was sweet tropical island escape!

When she severely berated me, it was so hard not to be mad,
So I drew an awful picture of her, in which she looked quite bad.

With eyes bulging and goofy grin, her hair now stood on end.
And if she had chanced to see it, I might've never worked again.

The boss left for a bit of air, and came back with wild hair,
And big eyes and sheepish grin, saying it was windy out there!

To my amusement and surprise, she was much like my drawing.
I had somehow drawn the near future, but without even knowing.

Doodling just happened to be, a lifelong fun habit of mine,
Which always relaxed and cheered me, and I liked it just fine.

I'd also taken art lessons, and was able to draw quite well,
But people liked my casual drawings, and told me they could sell!

Late one Sunday afternoon, I was drawing a scene by the lake,
When fat raindrops began to fall, just for contrariness' sake.

In frustration I drew a sun in the sky, coloring it deep gold;
And the sun then shone bright, before my drawing was a minute old!

I sat staring for a moment, unable to believe what had occurred;
Then I drew a bright bluejay, and from leafy treetops flew the bird.

Like the colorful days that come, with cool autumn's summons,
Or the sheep drawn to pasture, way out on the green commons.

At last I came to the conclusion, that I possessed an odd gift;
That should never be overly used, or reality itself might shift.

Once I heard on the evening news, of an asteroid coming our way,
But by using my specific skills, I averted disaster in the Milky Way!

I drew exotic birds and flowers, in colors which were never seen,
And irridescent blooms rivalling, the pale moon's silky sheen.

And glittering stars in the inky skies, where none had ever been;
Like the nightingales singing Moondance, only to trill it out again.

Then I beautified my home, with windows skylights and doorways,
And on the land beside it, I created a vast charming hedge maze.

While I was dozing on the lake one day, I felt wet and then awake;
And I soon discovered the canoe, had a small leak and no mistake!

So I drew the canoe as if, the bothersome hole had never been,
Like the conductor who allows, the beautiful music to begin again!

And I was at my local bank one day, when a robber demanded money,
As agitated as a honeybee, scanning countryside for love of honey.

So I quickly sketched him dancing, with ballet like pirouettes,
And he danced until they took him away, baffled and in a sweat.

If I hadn't destroyed that drawing, he might have danced forever,
As the bluejay sings from blooming limb, in any kind of weather!

In the intervening years since then, my ability was never revealed;
And I have flown like a nightbird, and kept that capacity concealed.

My drawings have saved some lives, and have enhanced many others,
As nature graces the verdant meadows, with many dazzling colors!

And once upon a summer night, I drew the famed Man in the Moon,
And I flew up there to see him, on a star studded night of June.

I've had so many experiences, that were crammed into one short life,
As the adventurers on safari, see all kinds of exotic wildlife!

And one lesson that I have learned, which is still unerringly true,
Is that if you wait for long enough, somehow magic will find you! 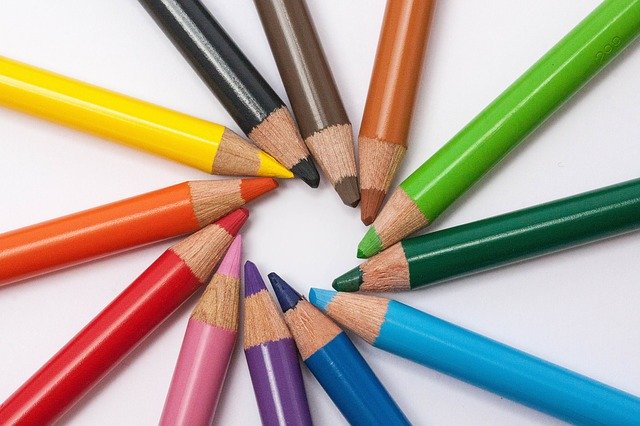 Great writings with end rhyme...congrats....deserve 10++ Life Full substances of art, act, skilled drawing of mind.... Life There is full activated where love learns to fly by the wings earthly colors.... Life Busy in decoration the end bank by the precious drawing for future conclusion.....

Thank you so much for the lovely words and kind thoughts.

Full of humor and fantasy, Your poem a true delight! Really enjoyed reading it Made me forget, The world's endless fight.

Thank you so much, Sandra. Your words are such a delight.

Not more than your Poetry, dear colleague. So keep on writing, please

Bri's poem brought me here.A fantastic poem.I wish I could have such abilities --I believe what you say in this poem.

You enjoy Van morrison? I do too

You have painted a magical poem!

Evelyn, NOW this PC does NOT show 'Comments' at tail end of the title! ! ! I swear it was there earlier. hmmm? ? ? bri