Stinking in dough after a sale
but unaware of a tailing robber,
here went the wayfarer after twilight.

In confidence he tore through the dark
that blanketed the heavens after rain
and when he approached some frond,
frogs sensed him and broke their songs
only to commence when he'd passed
but then here was a second pause
so he in turn, sensed the danger around
and leaving his lane, he ascended a tree
but here again came a third pause
after commencement from the second one
and sensing danger, the robber took to tree
dark enough not see his straddled tailed.

No sooner had the robber settled himself
only a foot-shove away from the farer,
the hyena that sensed him had traced him
to the same tree offering sanctuary to the two
where one was unaware of his company.

The Hungry hyena went round and whined,
rose its head and gravely growled.

Just then the wayfarer's foot shot out
and here was the robber sailing through leaves-
his words funny enough:
Oh me!
Skin to fangs!
I am cooked!
These were his very words. 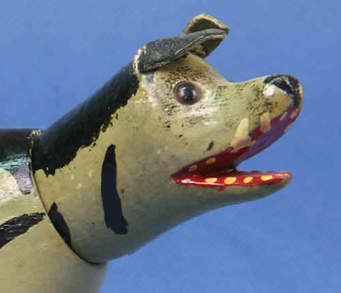 The wayfarer's foot! Thanks for sharing this poem with us.

nice story in a lovely poem thanks