Where have all the natives gone?
West of the missouri,
to Oklahoma and beyond,
To black hills laden in gold,
To prairies where the harvest is galore.

But what of the promise at old fort Laramie,
That gave us land to erect a tepee.
Along came the white man and reneged,
Bellowed fire and consumed the treaty.

What about the slave. The black man with no rights.
With acerbity does he desire freedom.
To become a sharecropper.
Only to succumb to Jim Crow laws,
As he is carried out west on a chain gang.

Sometimes the immigrant migrates east,
As a salmon to its nesting ground.
Chinese railroad workers mollified,
Along Italian birds of passage resettled.

And what about the Catholics. The Jews. The Irish and the pagan.
All shadowed by kings and queens.
Product of wars and emancipations.
The Hindus brought ashrams,
And the Muslims tents.

And so I stand today.
And I ask myself.
Where is my tent.? 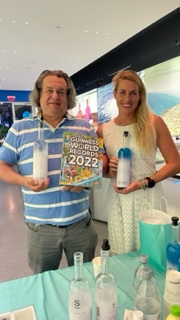 Elliott Rosenberg
Thursday, May 5, 2022
poem poems gone italian
Download image of this poem.
Report this poem
POET'S NOTES ABOUT THE POEM
I took a drive down San Pedro street in downtown Los Angeles and I saw the vast amount of tents. As refugeee camps. But then I saw a tent with an inflatable pool! ! And then I saw a tent with a Harley Davison parked under it. I started to question what is happening to our society. How much do cities and individual milk the system to make there headways. I simply had no words. I am sure there are many needy. Many drugged out of there mind. And then there are those wise-cracks who take advantage and drink pina colada on there inflatable on public land. On the sidewalk. Prime real estate. So it truly is a conundrum to process. And so I wrote the following poem April 20th,2022.
READ THIS POEM IN OTHER LANGUAGES