Of the people, By the people, For the people
Those are words that we put in our nation's creed
But only right here in America do we feed foreign countries while some starve on our streets

Only right here, at age eighteen, can you qualify to die in a war with bombs & guns
But you can't have your first bottle of rum if until you turn twenty-one…

It's also home of the homeless, the hurt, the deceived
Home of natural disasters that left families in need

Some say, that this is the home of hatred and the home of greed
But in Philadelphia, there's 'The City of Brotherly Love' and
America is home of the highly achieved

This place…this nation... its home of the children with a bright future
It's also home of videogames that could teach those same kids to be carjackers and shooters

Robbers, mobsters, gangsters, or murderers
This is our America and the whole free world has heard of us

We're home of the proud, and we're home of a lot of inventions
Sad to say, we are also home of babies that are born with a cocaine addiction

This is home of 'The Red, The White, and The Blue'
Where at times you seem to be hated by many and loved by few

It's home of the green grass, the blue shutters, and the white picket fence that we talk about
It's also home of people with bad credit that can't afford the American dream house
In our America, a vast majority of us go into debt
Because we go to work, we get our checks, we spend what's left
Because in American school systems most aren't taught how to properly invest
And because of it the national debt and the student loan crisis are bubblin'
Meanwhile we can't find common lines of agreements between democrats and republicans
But even if they did agree, I wouldn't jump to give a round of applause
Because in our America we tend to put bandages over the problems without really fixing the cause

But this is America, a place where outsiders find it difficult to become a resident
This is the place where our ball players can potentially earn more than our president

This is the home of top models, T.V shows, and actors
The place where cable is flooded with violence, rock bands, and rappers
A place where we're created equal but we use racial slurs for practice
This is home where almost everything is done backwards
This is where 36.3% of our kids are raised without fathers
But I tell you to forget that number because every year it grows…further
So, welcome to America where you are free
You're free to have religion or be religious free

You can watch God on television
Or turn that off and put in a DVD
The ins, the outs, the good, the bad…it's all America and I'm proud of it
Even though in our past we've started barbaric, belligerent battles where nothing good can come out of it

We can do whatever we so choose, but some many abuse their privileges
And we can become whatever we want, but we make excuses for the conditions we're living in

Well I say…It's time out for excuses and time in for execution
There's no more playing the middle, either you're educated or you're relegated

Either you're gonna make something happen, or you simply will not
In America, you can stare at the ladder of success, or get the courage and climb to the top

Right here, In America, you can do it because you have that opportunity
But it's going to take a collection of all of us to change what is in our American communities

What will you do? 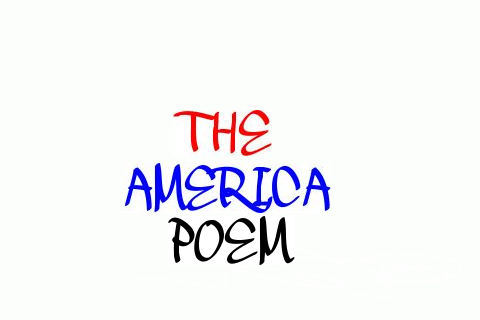 The essence and intricacies of Democracy are aptly captured in the poem. Beautiful piece of poetry, well articulated and insightfully penned with conviction. Thanks for sharing Branden.