In 1298, Marco Polo rotted in the gaols of Genoa.
He was Venetian seaman and was taken prisoner in the battle of Curzola.
He met the writer Rustichello da Pisa.
They both worked together for a book.
The courses were changing, as Lorenzo Canestro taught us.
The big harbors of India would lay down the law,
The little maritime republics should accept the goods.
Not found colonies. Be a base. 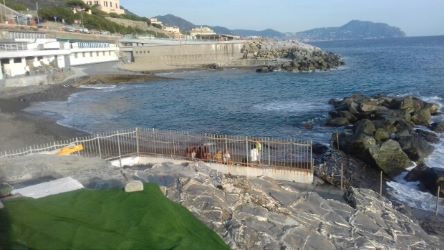 On the 8 of September 1298, in the naval battle of Curzola (Dalmatia) fought between past powers of Genoa and Venice, Marco Polo was taken prisoner. In prison in Genoa, he dictated the book of his travels through Asia called "The Million". Today India has very big and active harbours; Genoa as well as Italy can found no colony, or similar thing, and must only take it easy. After twelve years, I greet Anjali Sinha and Sathyanarayana with my explanation.