Ask not what your country can do for you
said John Kennedy as he spoke to get votes
to be the President of America -
that was once upon a time!
But candidates of today want to tell you
what they can do for your country
and all they want you to do,
is extend your understanding and your valuable vote.
And after winning those elections
the President takes his oath and in the White House he goes
to live, to dine and sleep
but continuously keeps worrying and planning for his country
as huge international responsibilities he faces
as many friendly ties he has to maintain
by agreements, negotiations, peace deals;
yet he is never too burdened
as his team of administrators stand by him
taking care of his duties towards the people within the state.
Now who can be the best President of your country
I would answer - the one who says he always wins with women;
the one who says - fat is fat and thin is thin
as he has the courage to say it straight;
and above all he tells what better things he can do
for your country, your economy, your security and safety;
isn't he amazing than those who borrow funds
ask for donations, ask friends to gather voters
rather than deliver speeches
that are spontaneous and true to the core?
Yes, my vote if I could vote, would be for Donald trump
as rich men like him need nothing from society
but he will give everything the society needs
he will make old avenues better than new
he will find the enemy amidst a crowd
he will grow hope even in a little child's eye
for Donald is different, Donald is a man with words that are bold
Donald is a man with a heart of gold
and a purse that's mightily over-full
which inspires him to make America more great and beautiful
as he is a man who has stability and grit
as he is a man who fears nothing and no one;
can a lion like him ever forget his promises
Roar Donald Roar, Go Win and be the next President of America. 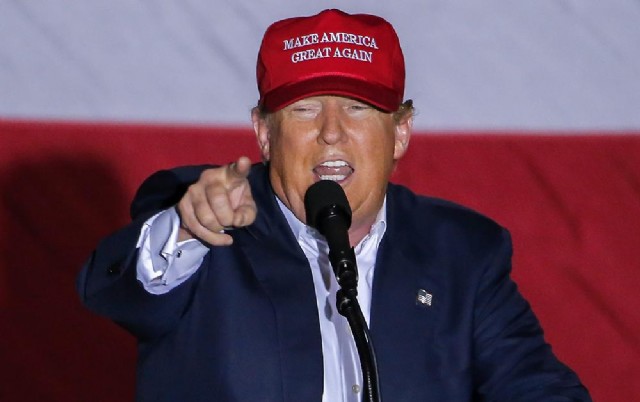