The gates are chained, the barbed-wire fencing stands,
An iron authority against the snow,
And this grey monument to common sense
Resists the weather. Fears of idle hands,
Of protest, men in league, and of the slow
Corrosion of their minds, still charge this fence.

Beyond, through broken windows one can see
Where the great presses paused between their strokes
And thus remain, in air suspended, caught
In the sure margin of eternity.
The cast-iron wheels have stopped; one counts the spokes
Which movement blurred, the struts inertia fought,

And estimates the loss of human power,
Experienced and slow, the loss of years,
The gradual decay of dignity.
Men lived within these foundries, hour by hour;
Nothing they forged outlived the rusted gears
Which might have served to grind their eulogy. 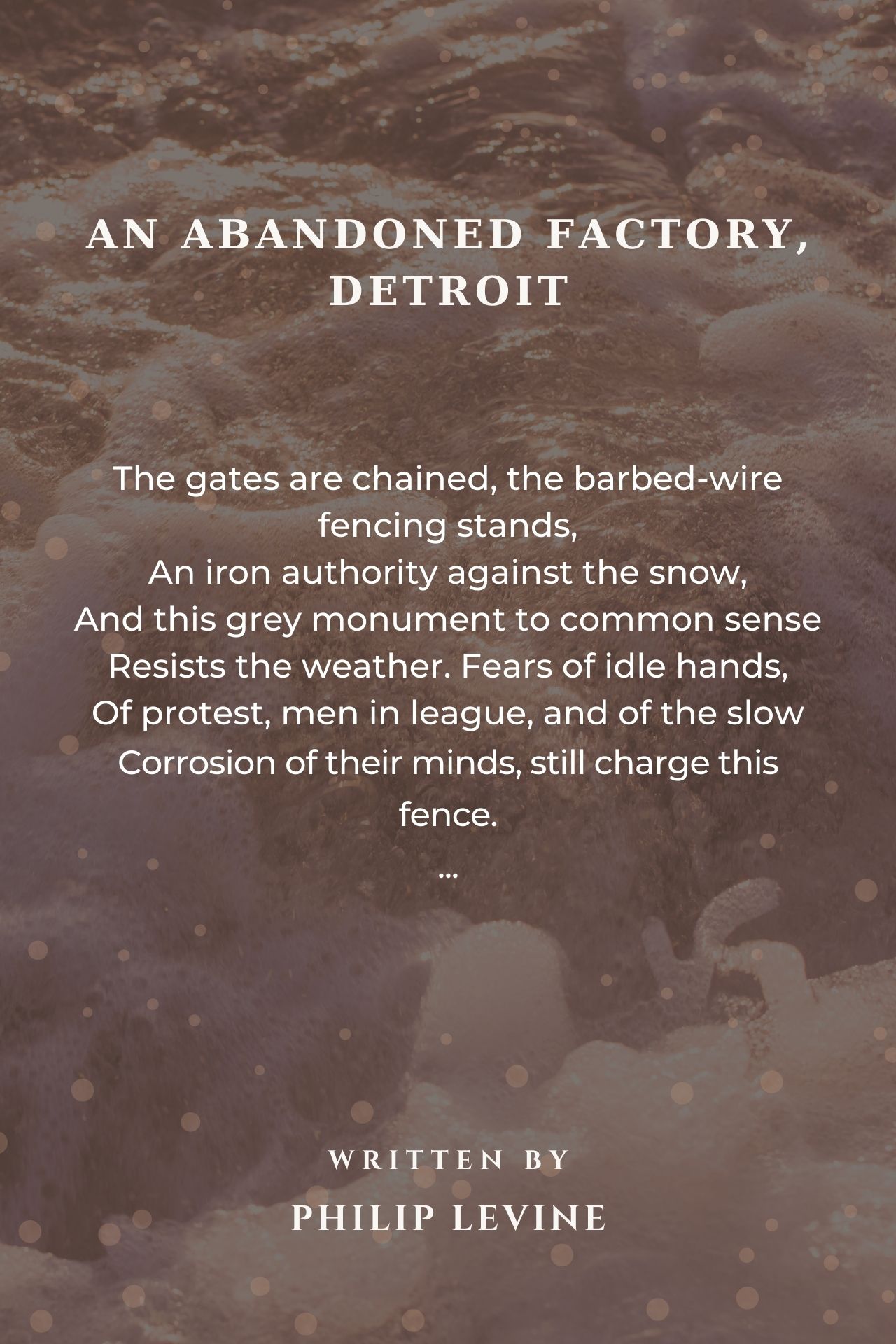 very well done... your images leap out and grab!

Great writing! A gifted talent that has written unique and so artful. God bless us all-MJG.

this poem resonates in america today and is the reason many voted for donald trump. but mainly i want to comment on the craft of the poem. i'm not familiar with levine's work, but after reading this i want to read some more. this poem has a tight rhyme scheme and sticks with pentameter, but i hardly noticed it when reading. it flowed logically and naturally. he begins with the outside of the factory then moves attention to the inside through broken windows with muscular descriptions. the poem moves me not by telling me how to feel, but evoking feelings from the things described. i'm off to read more levine. glen kappy

This poem so bad that I can make a better one. Mars is red mc donnalds is yellow and red you are bad and im not. the end