What if she was you and you were she in those massage parlors?
what if she had to shoot you when you least expected it?
what if she had grudges against you as an Asian-American?
what if you had done no wrong and you were innocent?
what if you were guiltless and was shot at mercilessly?
what if you were not given that chance to live or survive?
Nothing prevents men from doing what he wants to do
when he sinks in a fit of anger and rage
but death is not the answer or solution to hatred and hate;
everyone on this earth is an embodiment of humanity
whether they work at a spa or on the streets,
everyone lives in anticipation of self- providence and zeal
the only motive of work is survival amidst one's own strength.

They too had their expectations, responsibilities and duties;
their need for money compelled them to do work
their under-qualifications consigned them to helplessness
the works they did were bold and audacious
but they certainly didn't expect or hope to die by gunshots;
it is cruelty to harm others when they are powerless
it is inhuman if no respect for life is upheld that is mutual.

Life itself was so hard on them when at the helm
of the city they kept working in massage parlors,
tattoo parlors and in the red-light streets where
the signal was always green indicating no danger
but now in grief, in tears, in sorrow will rise every dawn
with not the same faces at their workplaces
which would say - hello to everyone every morning
as they are now gone never to come back or complain,
never to murmur sweet words of love and affection.

And though the hustle and bustle will return and go on,
the pain, the memory of that grief will never subside
in those hearts that will miss the ones who died
so blamelessly and without any mercy from man
neither from their own circumstance
as safety had lost its wings and flown away elsewhere
leaving them to face an end so blatant and pitiful. 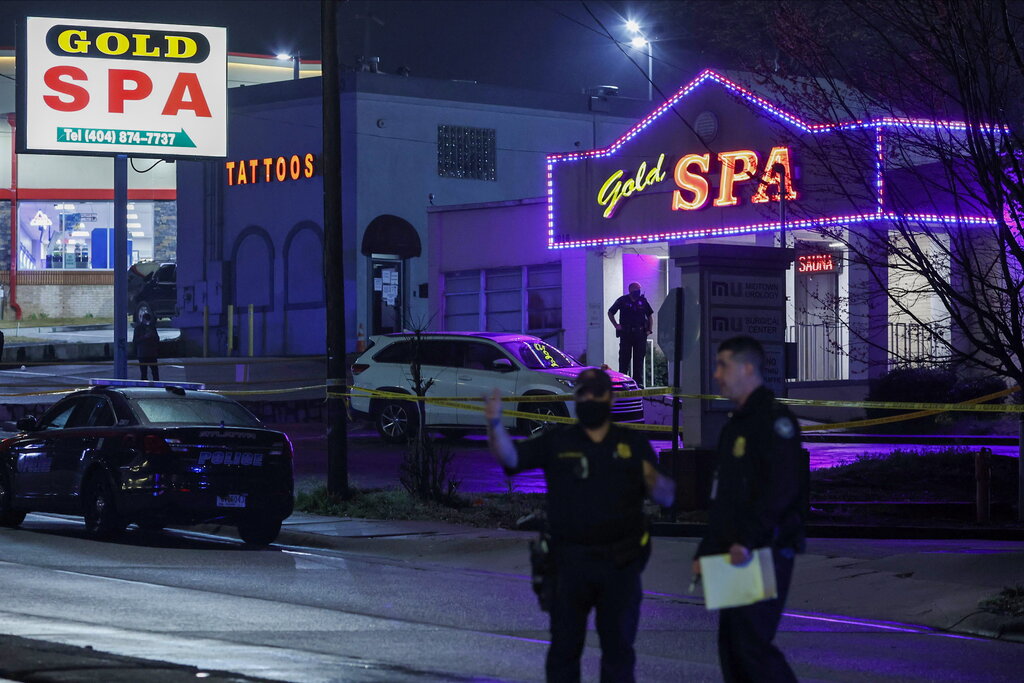 Bernedita Rosinha Pinto
Wednesday, March 17, 2021
Download image of this poem.
Report this poem
READ THIS POEM IN OTHER LANGUAGES