Democratic Or Not. - Poem by Michael Walker

-'Democracy is coming to the USA'. Leonard Cohen.

One social sciences class I taught did not want government;
they were already disillusioned with authority, wanted anarchy,
a free state of individuals living without oppressive laws.
It seemed they were trying to teach me something,

In freedom of speech I listened to their arguments
which were persuasive and a detour from democracy.
However, I kept voting every three years,
and the last timeI campaigned for the Labour Party,

Telling myself that in this system the people elect leaders
unlike North Korea where Kim Jong Un-'the Great Successor'-is an autocratic dictator,
the third member of the Kim family dynasty to rule by divine right.
Nevertheless, by the new millennium,120 countries were democratic.

The American people directly elect the Congress and President,
voting for individuals not parties, unlike my country's mish-mash MMP.
France has a similar Constitution to America's, faithful
to the 1789 Declaration of the Rights of Man and of the Citizen.

The Declaration is really about people anywhere anytime:
equality as citizens, free and fair elections, free speech
and equal distribution of wealth and property to all citizens.
The world owes these natural rights to the original democrat Pericles of Athens. 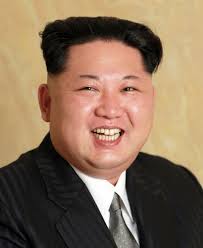 Topic(s) of this poem: life, politics

The social sciences lesson happened many years ago. You could make a case for anarchy, possibly. No system is perfect.But a dictatorship such as North Korea is stifling and oppressive regarding people's rights. Kim Jong Un has had opponents imprisoned without trial and sent to a labour camp or executed. Kim Jonf Un had his own uncle executed. The world knows about North Korea's nuclear weapons of course.The people have suffered from famines in the past, at least partly because of the US trade sanctions. Kim Jong Un still hopes the US will remove trade sanctions.
Pericles, the ruler of Athens, was the first champion of democracy in the years when he ruled as strategos from 445 BC-429 BC, the year of his death.
MMP= Mixed Member Proportional. New Zealand took up this system in the 1990s, a radical break from the past. There are about 120 seats in parliament. Much less than half are constituency MPs, voted directly by the people. Many more than half are 'List MPs', chosen by political parties. The people vote for a local MP, and also for a party. The List MPs do not come in with a mandate from the people.
I find Leonard Cohen's song 'Democracy' quite stunning.
END_OF_DOCUMENT_TOKEN_TO_BE_REPLACED
User Rating:
5,0/ 5( 2 votes )2

Poem Hunter ›
Poems ›
Democratic Or Not.