East Of The Sun And West Of The Moon. Poem by Sandra Kavanagh Josefsson

East Of The Sun And West Of The Moon.


In a faraway place, there lived a man
and his family and they were very poor.
One day a white bear came and asked for the youngest daughter,
and in her place would be given riches,
as much as they could endure.

At first the daughter said No.
With them she would stay.
But when the bear returned,
they both were on their way.

After a long journey through mountains deep and snow,
They came to the bears home,
A palace all a glow.

And here she would pass her days
until one night she saw,
a sleeping handsome prince
instead of the bear with the giant paws.

But in her excitement she dropped some candlewax,
And he awoke and was in dismay
And told her if only she had waited just one more day.

So she must leave and on her way she met three hags.
One gave her a golden apple, another a golden comb, the last a golden spinning wheel
And then she was left alone.

And so she travelled to
the Castle East of the sun,
West of the Moon and
A long nosed Princess was her ruin.

And when she was able to break the spell, by washing his shirt white
All the trolls disappeared and there was great delight!

Come my love to my castle
East of the Sun and West of the Moon.
Come and let us sing,
Let us sing your joyful tune ❤

Based on the Fairytale: East of the Sun, West of the Moon by Peter Christian Asbjornsen, Jorgen Engebretsen Moe. 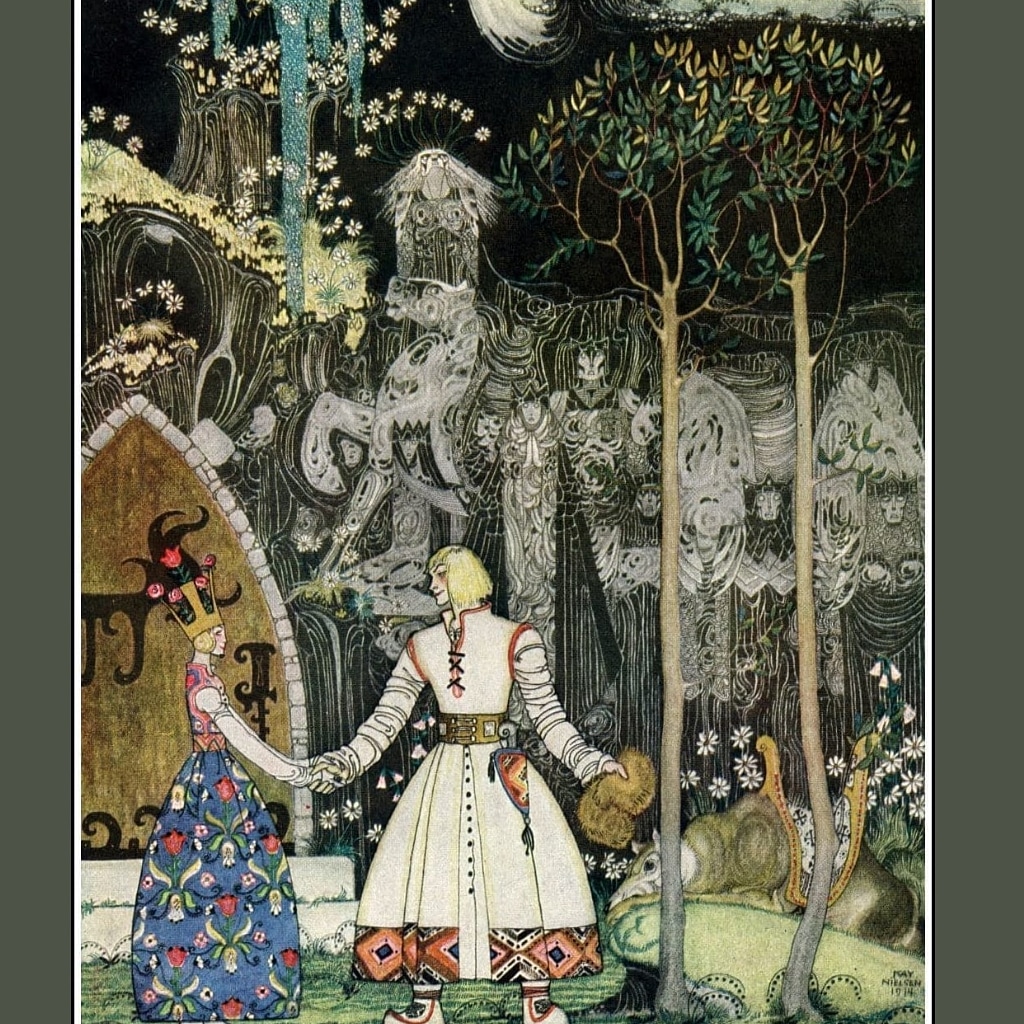 A wonderous fairytale poem, most entertaining and marvelously worded 5 Stars full on Top!

Thank you. Glad you enjoyed it.