I
Ti-ke-re, ti-ke-re,
The sound hurls in its awareness to me,
Kre-ke-ke-ke, the tune changed but really audible,
A cricket or a cockroach,
A rat or the hanger on the door side it must be.
II
Slightly i opened my eyes to see who cometh thou,
A boxer and a singlet i saw dangling on the plains of human skin,
From toes to the head i analysed the physique.
III
"So it's you, " i opined.
"Ssshhhs" i heard from him.
"Uncle please stop"
"keep quiet little sis" he replied! ! !
"Uncle this isn't your room, please go"
Sshh, till the hymen is breached.
IV
A game of parasite and the prey he thinks,
A commensal who feeds with no footprints he thinks it would end up to.
Until Months pearched as her body reveals the blessings of Uncle's fingerprints,
The evidence of the action is revealed to everyone.
V
Time to lay off the eggs has come,
Time to make them hatch is here,
As Uncle sends little sis a message to the world beyond the beyond,
Six feet under she ends up in to conceal uncle's deeds.
VI
Now the time for harvest has come,
The leg of the buried corpse is uncovered,
The fathers eat the grape while the children gnash their teeths,
Little sis gone but karma was never buried with her.
VII
Indeed,20 years pounded yam will forever be hot in the hands of the wicked,
Forgiveness Uncle seeks from the progenitor's of little sis,
To be the price to pay for the ransom of his own descendant.
VIII
I ask, if you were to be the progenitor of little sis,
And Uncle seeks forgiveness,
What sayeth thou?
.
THOMAS OLUWATOSIN
TEE-THOMAS (Fearless Lines) 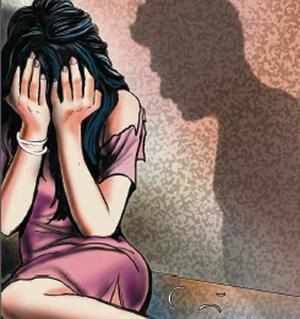 Oluwatosin Thomas
Wednesday, April 22, 2020
Topic(s) of this poem: rape
poem poems Forgiveness awareness Fathers
Download image of this poem.
Report this poem
COMMENTS OF THE POEM
See All Comments
READ THIS POEM IN OTHER LANGUAGES