A man ripped me off, he sold me a retired race horse that had been gelded.
He neglected to tell me that and my wife was so furious that I got belted.
The horse that I bought won every time, he never lost a race.
The seller ripped me off so I used a brick to smash his face.
That S.O.B. was able to jip me out of twenty grand because I'm not very bright.
But that brick made him so ugly that he can't get a date on a Saturday night.
I planned to make a lot of money by using my horse for breeding.
I borrowed the twenty grand from a loan shark and a hospital is what I'll be needing.
I'm broke, I have no money to pay the loan shark back.
The loan shark has arrived and he's ready to attack.
He's showing no mercy, he's ignoring me as I beg.
He has broken several of my ribs and both of my legs.
I have some advice and you should really take my word.
If somebody tries to sell you a race horse, give him the bird. 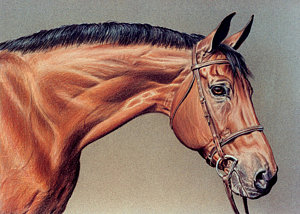