I Have Decided To Go Shopping And Buy Flowers, Etc Poem by Gayathri Seetharam

I Have Decided To Go Shopping And Buy Flowers, Etc


I have decided to go shopping and buy flowers among other things (written in Oct 2015)
-Gayathri B. Seetharam
The sun is shining and I say, since it is all about a boy
My son who turns 17 years on Sunday,
And his face which one can read like a book
Because he has taken the trouble to shave
And avowed to let it be because it is all about Movember
And I think, that he has to shine on, a little bit like a crazy diamond
And have the brilliance, figuratively speaking;
However, there are allotropic forms of carbon which are
Carbon black like graphite
And it is all about carbon tax on environmental emissions
And roping in the provinces into acting on climate change issues
And not about bourbon which is a liqueur
But since it is Halloween, about bon bons
And ribbons which tie up gift boxes
I decided that I would welcome a new rising
Of the planet of earth of people of Canada
By buying sunflowers and hydrangea
Which make fun towers and are a panacea for
Those who wield gun power and are not about the changed Rhodesia
But these leaders are also nun lovers and believe in heading Utopia-like countries
That, putting aside some, love to be ton givers and are all about rewarding ideas
Hence let them have a run (of ideas and work)shower and collect freesias (a plant with sweet smelling, colourful flowers from Southern Africa):
There must not be din makers always although books must make noise and they must cover all areas in the world
Some people say that tan growers in the media
Believe in being fan movers and welcome writing and videos and ideas and art from Gayathri B. Seetharam;
But then, this is also about Justin Trudeau's morrow of spring awakening
And Justin Trudeau says that people who seek refuge from bad business at home
Will, in Canada, sing fugues of better lives
And he says that a drop in the tax rates of middle income earners
Will increase their amount of purchased crop,
And Justin Trudeau also says that the increase in taxes of wealthy people
Will induce a higher defreeze, perhaps, in child care benefits
Although Stephen Harper had allotted a $300 child care benefit for lower income groups
And this is laying down a bare fact,
Justin Trudeau has promised a 3-deficit economic plan which will
Benefit the growth of Canada;
On Nov 4th,2015, there will be an exchange of power
Which will ensure a discharge of a different flow of magnetic and electric current in the capital, Ottawa
And if it was a good show prior to Justin Trudeau,
It will be capital in Ottawa henceforth.
And L'Hôpital's rule will prevail in my life, please?
Please note: 1. [[lim f(x) /g(x)= lim f'(x) /g'(x): hypothetically speaking, f(x)= management's role and g(x)= funding from government, f'(x)= change in management's role with respect to change in time and g'(x)= change in funding from government w.r.t. change in time; I would like to say that Conservative govt. divided by a lot of email attention including that of the man at the top himself, Stephen Harper and compliments via email = until now, as special as before, the Liberal govt. divided by a lot of email attention beginning with the man of the hour, Justin Trudeau, who sent me an email on the very next morning after having won the election; Thus far, the mathematical rule has been proven right but I would like very much to symbolically change that rule, please, PM J. Trudeau (on the 14th of Nov,2015)and make it a successful appointment with you at your office and translate it into funding from you for my valid scientific projects along with a heading of the research facility. And come up with a new rule, that is not a proof contrary to L'Hopital's rule but a postulate that all special people with unique ideas will be concretely recognised and rewarded by Canada; of course, a postulate is accepted without proof but in my case, it would be nice if it became a theorem, please]
2. Blithely do I not, despite scientific and mathematical argument being in favour of the 3-deficit plan, say that it is the best thing for Canada. The right course of action would be to, qualitatively and quantitatively, improve earning power. The possibility of the World Bank and IMF considering it as a factor in allotting the monetary worth in proportion is debatable for it has been my somewhat eye-opening experience, that money does not come easily despite success in various areas. 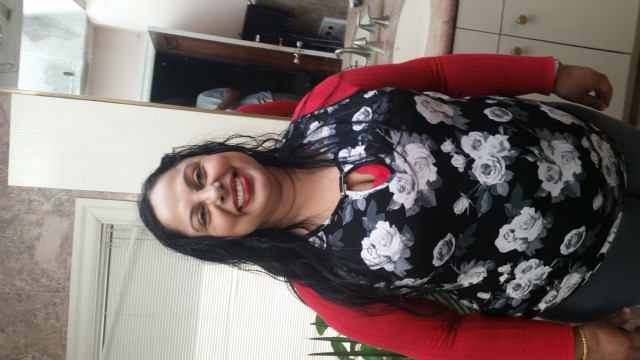 Hi Gayatri, Fantastic poem. Moving on from the personal subject, flowers for your son, to politics and management. Enjoyed reading. This is the first time I am meeting you on ph. So, a big welcome to ph. Happy publishing. This poem onto my poem list, and the poet to my favourite poet list. A 💕100

I would like to translate this poem
Poems By Gayathri B. Seetharam
Here's You, My Dear Departed Father
A Ballad On Beverley Mclachlin, The Ex-Chief Justice Of The Supreme Court Of Canada
Hope For An Even Better Tomorrow
My Favourite Things
A Girl Is Also Special
See All Poems by Gayathri B. Seetharam
Next Poem
166 / 359
Previous Poem