He was my neighbor for over forty years and his name was Jim.
When I think about what a good man should be like, I think of him.
He and my uncle were former co-workers and friends.
It was sad when I learned that his life came to an end.

Many people know that he was a credit to the Human Race.
Poor Jim's life has ended but now he's in a far better place.
When a man goes to Heaven, he celebrates his greatest reward.
Nothing can be better than being in Paradise with The Lord.

We became neighbors in 1977 and that was a long time ago.
I used to listen to some beautiful music when he played his banjo.
When I say that he was a good man, it certainly isn't a lie.
His family and friends are shedding tears as they say goodbye. 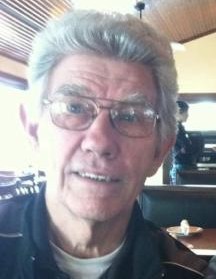 Randy Johnson
Saturday, January 18, 2020
Topic(s) of this poem: death,memorial,neighbor
poem poems Friends Goodbye
Download image of this poem.
Report this poem
POET'S NOTES ABOUT THE POEM
Dedicated to James R. Hill (1939-2020)who died at the age of 80 on January 11,2020.
READ THIS POEM IN OTHER LANGUAGES