Betcha by golly wow! None of yoose
knoose dis! "An action in time earlier…"
Maybe like in September of 2019? Ya think?
Oh! not quite! "… to refer to an action at a time
earlier that a time in the past already referred to…"
Like maybe 2017! When Sars-cov-2 was being
worked on in laboratories all around the
Planet! Phuucking bunches of Gumby's
"ist" want-ta-beasts loving the wearing
of "spacing suits" and pressurized tanked
air! Sealed into little boxes for hours at a time
splitting genes and crossing strands and weaving
webs and working with prohibitive substances!
WTF was the needs for this! Give the citizens
of this earth an example of a need for this!
We now know why all those institutions of that
churchy bunch designed and built all of those really
wicked torture devices! Because some of you knotweeds
of every generation took an itch… not an oath… and sowed
for your own individual and personal and coin chasing glories
that idiotic concept of "divine destiny" … Phuuck! there is
not one thing "divine" about anyone one donkey / monkey
and their perceived meet with their destinies! That is all
symbiotic hogwash! Some form of virus that did not kill
the individual that pick one "pill" over another! Newton's
apple… DaVinci's gatling gun… and that guys peas! Phuuck!
And above all else on this existence of morons that humanity
chose to roll with… religiosity! What a viral dis-ease that
crap turned out to be… If you consider the numbers… yea…
just how many "husks" got planted over the centuries due
to that schist! Talk about a continuing pandemic! Should
be considered that "never ending asp whole panic"! Damnit
to ‘hello' and back! How long does it take for three humans
to count to one billion? That kind of a number folks! Those
three donkey / monkey morons could start counting last
night… and in a few thousands of years counting separately
could perhaps make it to one billion before the phuucking
oceans dry up! Phuuck! What else can I use to exemplify
the pure and purtride purport behind each and every PhDs!
Further and much more magnified Phuuck! White coats!
Why not wear the ‘red coats' used by the ‘healers' of that
"smallpox thingy"! I mean "better off ‘red' than ‘dead'!
Oh no! that terminology has ‘jacked' by the same snide
ilk that ‘jacked' the term ‘faggot'! And continued on in a
few generations to "low jack" the aforementioned want in
a "cultural and political context" … "Remember the Potemkin"?
I guess not! All of you snooty preach pigs never took well the
classroom sittings through those lectures of the finer points
of political insanity that humankind put itself through on a
species wide basis! Such insipidly ignorant, and absolutely
deep-down drawn-out bunch of ‘burchers' each and every
John and Jane sorely turned down to be! And that is just
calling out one itty bitty teeny tiny little camel toed wet
pantied drop in humanity's basket of "hate groups" that
consider "their individual groups as "knights" or ‘bros'
or whatever'! How stupidly clever this endeavour turned
into be a further slight on the spirits of the mass of
humanity that has had to deal with and put up with such
vile slush as what is dished up and out by the likes of
‘Sean' and ‘Rush', and that ‘Dr. Phil'… just to begin
naming the sordid plethora of that "ilk" … German National
Socialism… Italian Fascism… Soviet Communism
Chines Maoism… American Capitalism… British Imperialism
Dutch Colonialism… French Fries… oh you get my drifts…
take a sniff of these skid marks! That Holy Roman Empiricism!
Some fool Emperor of Rome crowning his head by his owned
hands and proclaiming to the ‘known world' that he was
"Gods representative on Earth" … well he had the coin
at that time… and all the donkey / monkey gumbos of
those put palms out and gave whatever too… play in
those arenas! Super Phuuck! So, in these dumb asp
times the earth's peoples are squat down upon by
"Corporations" the penultimate voting personages!
The very first "artificial living beings created by humans"
to be given rights of citizenship… yea… that right… to vote
with all the cash that they can withdraw from all the
individual donkey / monkey mud slugs on the phuucking
planet! What The Phuuck! It is no wonder you dumb asp
whole miscreants are looking for that ‘anti-christ' to show!
Phuuck this schist forever with a load twice the size of the
Big Island of Hawaii! Cannot you blind in one eye and cannot
see out the other useless sheeple feel the pressure in your
owned asp wholes? What ever do you bleating plebs do in your
private moments of thought? Nada? That is correct! You have no
thoughts, You entertain no thoughts… you cannot think… and you
have no privacy!
And adding further to that issue… Should this mess play
out in a somewhat positive but demonstratively negative
form of ‘enforced citizenship'… as in take the swab and or
jab or no rights to participate in any normal function of a
national society kinda, sorta, thingy… Ringing any bells yet?
Cannot be that bell of Liberty that is sounding… Peter, Paul
and Mary bells maybe? The neo-Paul Revere Myth in a flagon of
brew made from what ever was remaining in the emperors field!
A tad piece polled taxed from the governments corporate forests?
Now ya reading me a bit more seriously? Highly doubtful… as not
one of you americant citizens can read and comprehend what it is
you read at above a third grade level! Of course, those stats are
collected and compiled and filed by your Corporation of the
United States of which you… at your ages are nothing but
liabilities… Who is dying of covid19? Have a clue as to the
demographics of those death charts and numbers? Ladies
and Gentlemen at Number 1 on the national list?
Registered voters! 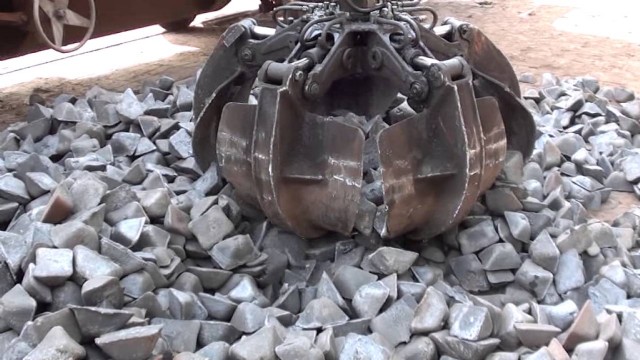