Revival Of The British! Poem by Denis Martindale

Revival Of The British!

When God surveys this Earth of ours,
At first, He sees the lost,
Unsaved... and with no gifts or powers...
Though Jesus paid the cost.

It's Calvary that they've ignored!
The cross, the nails, the thorns!
The day they crucified my Lord...
And yet God's sign still warns...

And then, they wonder, 'What's gone wrong? '
Till one day, things make sense,
The day they're humbled, not headstrong,
When God and they make friends.

That only comes through Jesus Christ,
The King once crucified!
For in His Name they're saved, baptised!
Forgiveness now supplied...

Revival comes when sinners find
That Jesus took their place.
The Blood of Jesus saves Mankind,
Transcending time and space!

Revival comes when Christians pray,
Then revelation brings
God's light to those who now obey
God's Son... the King of Kings!


The Gospel poem was shared on Revelation TV's
late night show called Voice In The Wilderness
on the 30th/31st of July 2017 concerning the
prayed-for revival, here in Great Britain...

GOD BLESS YOU AS YOU BLESS GOD!
DO SOMETHING SPECIAL FOR HIM...


Find out more by watching Revelation TV,
the Christian channel on UK Sky TV 581
that's part of the 'Church Without Walls'. 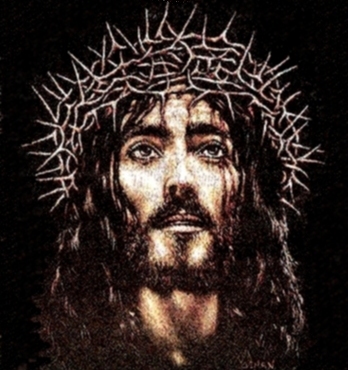 I would like to translate this poem
Poems By Denis Martindale
* The Prince Of Prints
Giant Panda!
The Beauty Of My Daughter
* I Am An Elephant!
* The Prestige Of The Poppy
See All Poems by Denis Martindale
Next Poem
1980 / 2833
Previous Poem