I didn't die when I was struck by lightning but it was a terrible fright.
The bolt of lightning struck me in the head and gave me second sight.
I saw my neighbors daughter drown in a vision.
Her parents ignored me and it was a bad decision.
If they had listened to me, their daughter wouldn't have drowned.
They don't believe in second sight and their girl is buried in the ground.
Tears rolled down my cheeks when their daughter died.
I couldn't save that poor little girl even though I tried.
Some say I have a special gift but it's irritating when people don't believe.
When I'm ignored, bad things happen and misery is what people receive.
I told a man that I saw him being killed by a train and he flipped me a bird.
He told me to go to hell and he said that my visions are fake and absurd.
He tried to beat a train the very next day and it hit his car.
Because of ignorance, cemeteries are where two people are.
I just had another terrifying vision and it's about you.
You'll die in a plane crash and my vision will come true.
If you ignore me, you'll die but if you listen, you'll remain alive.
You better take what I'm saying to heart or you won't survive. 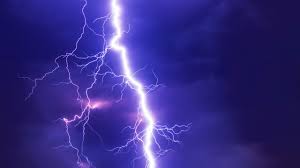