Rating: ★5.0
A galaxy, the type that's spiral barred,
is based in Horologium the Clock,
whose circle center is profusely starred
with infant clusters in celestial flock.
Its ‘circumnuclear' galactic core
so vast in span it's said to be unique
is known as starburst ring, with open door
to poetry's ineffable mystique.
The myriad creations brought to mind
with solar systems newly born at times
begetting worlds for beings redesigned
are limned in musings, rimmed in lyric rhymes
where mortals make a heaven or a hell,
too many for a sonnet's lines to tell. 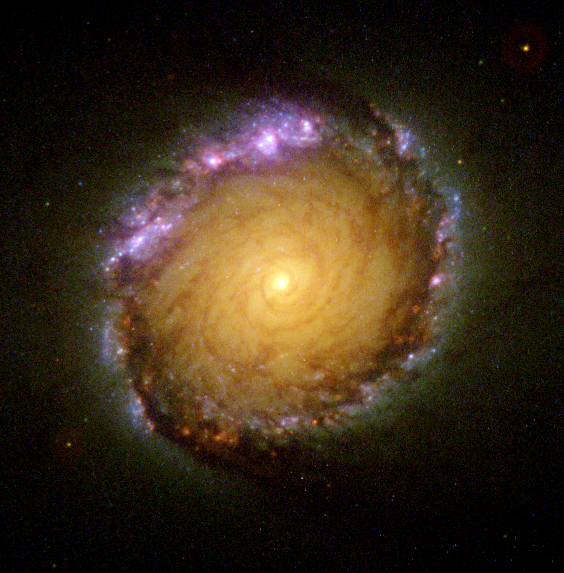 Harley White
Sunday, February 21, 2021
Report this poem
POET'S NOTES ABOUT THE POEM
Image: The inner ring of NGC 1512 as imaged by the Hubble Space Telescope (HST) . Credit: HST/NASA/ESA. Wikipedia: NGC 1512 is a barred spiral galaxy approximately 38 million light-years away from Earth in the constellation Horologium. The galaxy displays a double ring structure, with one ring around the galactic nucleus and another further out in the main disk. The galaxy hosts an extended UV disc with at least 200 clusters with recent star formation activity. NGC 1512 is a member of the Dorado Group.
READ THIS POEM IN OTHER LANGUAGES

I would like to translate this poem
COMMENTS
Harley White 22 February 2021
Thank you very much for reading and commenting!
0 0 Reply
Lorraine Margueritte Gasrel Black 21 February 2021
Definitelay a cosmic poem..Thank you!
5 0 Reply
See All Comments