Life is like a river, finding its way
It never stops till every drop finds her bay.
Amazed I am at the droplet’s curiosity,
It never knew its destiny, still moved with furiosity.
Crossing good and bad she kept on moving
Never cared, just kept on believing.
Her belief in destiny took her so far,
She forgot to relish the sweetness of flowers.
On her way down, her mind full of dreams
She neglected her present, quite easy it seems.
There was no dam which could mellow her wishes,
She went on with zeal believing in clichés.
The cold of the hill, she just went by,
She left the paddy field with grains there to die.
Never had she looked back at the tree that she bent,
Her success became audacity which she may repent.
The ocean awaits, she stands still
Looking down at vastness, she rethinks her will
Never she asked for this, when she came out of ice,
Losing her sweetness is near to demise.
But there is no turning back, she remembers the hill,
She could have stopped by, enjoyed the chill.
Her Heart now feels for the paddy field,
She could have become a part of the yield.
She finally remembers the tree that she bent,
But there is no time left to repent.
A push from the back took her along,
She lost herself, believed in destiny no long. 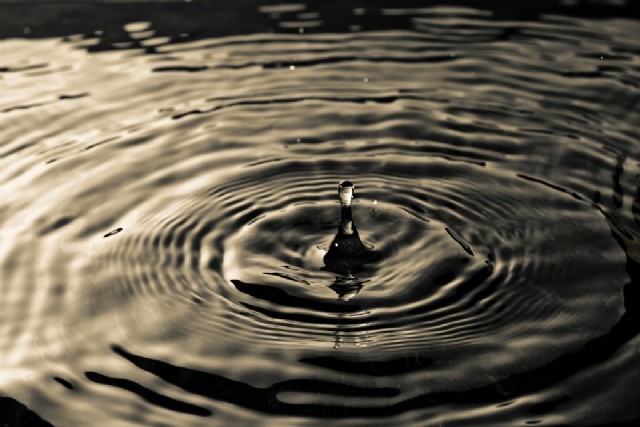 Vishal Wadhwa
Saturday, June 20, 2015
Topic(s) of this poem: destination,destiny,life
poem poems destiny
Download image of this poem.
Report this poem
POET'S NOTES ABOUT THE POEM
In my imagination every drop is living her life just like us
COMMENTS OF THE POEM
Kelly Kurt 20 June 2015

A very clever and well written analogy, Vishal. Thanks for sharing. Peace

Thanks..my pleasure that you liked it. Do share it with people you think would relate to this :)

I would like to translate this poem
Poems By Vishal Wadhwa
To My Friends, On My Birthday
A Proposal To Unknown
Father: The Unexpressed Love
Alone
Sorry! I Can'T Love You
See All Poems by Vishal Wadhwa
Next Poem
10 / 13
Previous Poem