I was in my backyard sunning, while lost in warm daydreams,
Enjoying red raspberries, while listening to the birds sing.

Lying on afternoon chaise, in the golden midst of hot July,
As I watched mauve butterflies, and lazy dragonflies go by.

Charmed by the bluest of skies, and the fragranced fresh air,
I felt that surely, there was not a better place anywhere!

The flowers were so lovely, and the grass was so deep green,
And the sun lit up all the daytime, with velvety soft sheen.

Behind me tall hedges, and a table with rapberries by my side,
And I gazed at marshmallow clouds, which had no place to hide.

As I watched the clouds, I enjoyed more of the ripe berries,
But I thought they tasted strange, a bit like sour cherries!

Glancing at my bowl, I found the poison berry, bittersweet,
Had been shaken from the hedge, and got mixed into my treat!

Then I saw the frenzied squirrel, that was scampering nearby,
Like the eclectic pretty flight, of the wandering butterfly.

I was starting to feel a bit dizzy, and soon it seemed to pass,
As I saw my neighbor walking toward me, upon the velvety grass.

She asked me if I'd seen her, for she had gone by in a hurry,
The lady with the purple hair, and the eyes filled with worry!

Ruby said she'd been gardening, when she saw her rushing by,
Blue tears falling from her eyes, a bit like rain from the sky.

She muttered that she'd lost it, that she couldn't find her key,
And how could she go home again, when there wasn't any copy?

Ruby said she must be an alien, for she didn't look like us,
Like wildflowers gathering from everywhere is beauteous plus!

We agreed to look for her, for all souls in trouble need aid,
We found her at a nearby park, sitting dejectedly in the shade.

We asked her if she needed help, and the source of her trouble,
Then we both gave her hugs, as every heartbreak needs a cuddle!

She said she was from the next dimension, and she had lost a key,
A key that was her only way back, to the spatial lanes of beauty.

We learned Zelda was her name, and she was a hyperspatial traveler,
She'd seen sights you would not believe, in worlds of extra color!

With sunsets that painted skies, both to the east and to the west,
Simultaneously and with equal fervor, frenzied and unrepressed.

And flowery paths which after a time, curved back upon themselves,
Like the china which always returns, to its same familiar shelves!

She spoke of seeing the rear view, without ever turning around,
And often looking to starry skies, and seeing them on the ground!

Like the world turned to disarray, with everything in it shaken up,
Causing the greatest confusion, whenever outsiders visit to sup.

Zelda said there were ten dimensions, and she had seen every one,
And with time's extensive arm, he played the part that he'd chosen!

Then came blue tears, which were gelled and faceted like crystals,
For she was missing her cozy home, with its adventuresome intervals.

We told Zelda not to worry, that we'd aid her in the key's search,
As in our endless quest of answers, through scientific research!

We would retrace her movements that day, and we would find the key,
And she could once again return, to where rainbow skies are starry.

An hour into our search, I saw something glinting in sunlit grass,
And I hated to think of the tragedy, if I had not seen that flash.

With tears and farewell kisses, we sent Zelda on her long voyage,
And the sight of atmosphere parting, was quite a memorable visage!

Then I heard someone calling my name, and I opened my languid eyes,
And when I saw Ruby and the paramedics, I was extremely surprised.

They said I had ingested bittersweet, and I'd been hallucinating,
And I was rushed to the hospital, as often danger lies in waiting.

That was several years ago, but Zelda still seems to me very real,
For sometimes the things we dare to imagine, have the greater appeal!

And how far can we go in our minds, if we believe they are limitless?
We can do and see so many things, like when starry skies are wondrous! 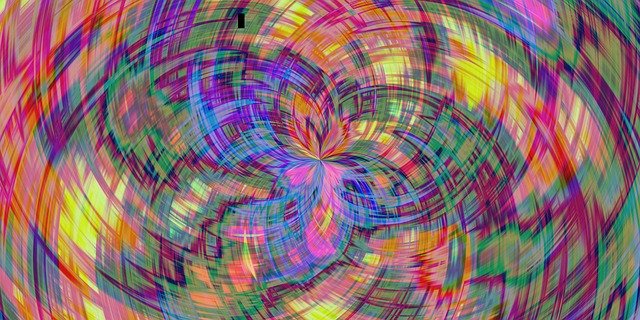 stanza 5 " rapberries" . well, i KNEW 'you blacks' (hee-hee) were great rappers. is this how ya all do it? a favorite line: " Like the china which always returns, to its same familiar shelves! " i don't 'get' this one: " And with time's extensive arm, he played the part that he'd chosen! " Another interesting 'alien tale'. bri :)

WOW i concur absolutely with the line: For sometimes the things we dare to imagine, have the greater appeal. great pen this is

Your all natural poetic descriptions are very charming....delightful to read...enjoyable