Rating: ★5.0
One day in a dialogue I came to see
how people can contrast perceptually
for either the sound or their vision may be
the faculty forefront as sensory key.

A foreground and background are always at play
in music of Mozart or art by Monet
plus flickering thoughts in our mindful ballet
which dance through mentation in fleeting array.

The locus on which we may focus could seem
a random selection from consciousness stream
or something mysterious likened to dream
fortuitous as its ephemeral theme.

Within Hubble image one clearly can spy
a grand spiral galaxy, while further nigh
there shines a bright star which is much closer by
as seen in the spotlight through telescope eye.

The galaxy's found in what's titled the Lynx,
a flummoxing name like the riddle of Sphinx,
for this constellation is not what one thinks
because it was charted for rift amid brinks,

particularly as the gap out in space
between Ursa Major and Auriga's place
though not for embodiment of feline grace
but rather the creature's sharp-sightedness ace.

Acuity visual so it's been said
is needed to glimpse such a faint stellar spread,
a spiral distinct from where earthlings were bred
beyond Milky Way and the planet we tread.

Imagine a star constellation as cone
or funnel in sector of sky where the zone
has infinite depths with space objects now shown
through optics to early observers unknown.

although I've the notion that researchers guess
ofttimes as to ‘backgrounds' that they would assess
as certainties cosmic, of which I confess
I'm skeptical, evermore seeking ‘unless'… 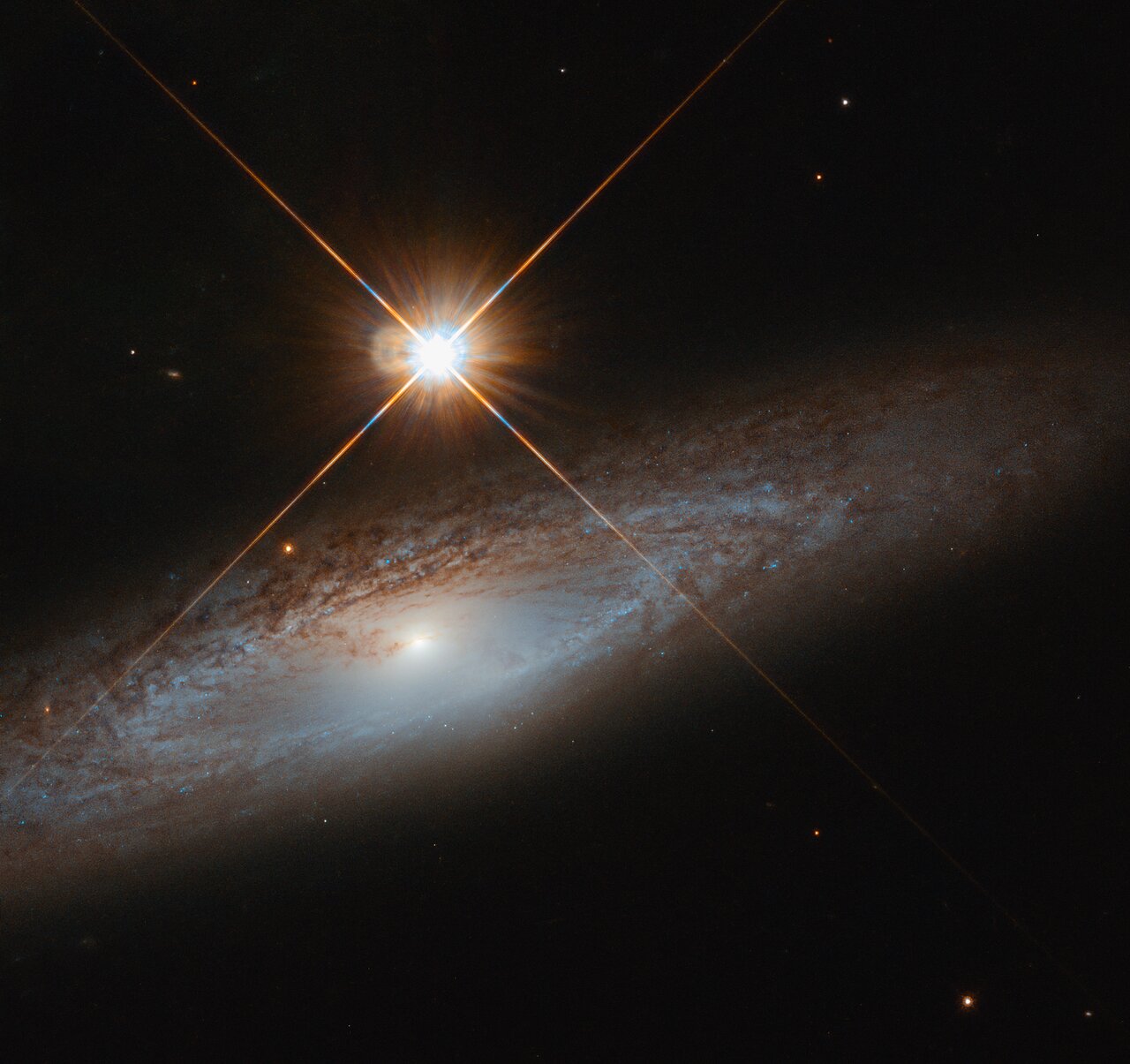 Harley White
Friday, March 5, 2021
Download image of this poem.
Report this poem
POET'S NOTES ABOUT THE POEM
Image and article: The Modest Galaxy and Hubble Snaps Beautiful Image of UGC 3885… Image explanation ~ A bright foreground star isn't enough to distract from the grandeur of the galaxy UGC 3855, captured here by the NASA/ESA Hubble Space Telescope. While this foreground star is incredibly bright to Hubble's eye, it does not outshine the details of the background galaxy. Many young blue stars are sprinkled throughout the circular patterns of UGC 3855's arms, contrasted and complemented by dark lanes of dust also following the spiral structure. UGC 3885 is a spiral galaxy approximately 180 million light-years away. Located in the constellation of Lynx, it is a cosmic beauty to behold. Credit: ESA/Hubble & NASA, J. Walsh
READ THIS POEM IN OTHER LANGUAGES

I would like to translate this poem
COMMENTS
Captain Cur 27 March 2021
True always seeking better explanations of the cosmic and of our own nature. A brilliant, well timed, visual write. A pleasure to read, both deep and philosophical but also laced with beauty's simplicity.
6 0 Reply
Varsha M 06 March 2021
Yes there is always a foreground and background. So well penned.
4 0 Reply
See All Comments