Like A Diamond In The Sky - Poem by Harley White

Twinkle the stars in night's display—
Sun's shining rays light up the day...
and yet, if futures vast we may
divine, white dwarf with diamond core
(that crystallized in ages yore)
will pulsate like a cosmic gong
its tintinnabulary song
(no longer sunbeams to bestow)
in seven billion years or so...;

then Sol might twinkle for the eyes
of distant poets far more wise,
beyond our cares— whoever dares
(if dreamers dwell in heres and theres,
whate'er whene'er where'er they are)
to seek and find our once bright star
(that like us also flames and dies) —
those with the loupe to look with sighs
for long lost Lucys in the skies... 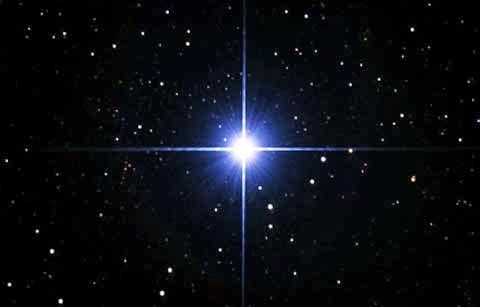 Topic(s) of this poem: astronomy

Article that inspired the poem: 'Diamond star thrills astronomers'
Astronomers expect our Sun will become a white dwarf when it dies 5 billion years from now. Some two billion years after that, the Sun's ember core will crystallize as well, leaving a giant diamond in the center of the solar system.
http: //news.bbc.co.uk/2/hi/3492919.stm

'You would need a jeweller's loupe the size of the Sun to grade this diamond, ' says astronomer Travis Metcalfe, of the Harvard-Smithsonian Center for Astrophysics, who led the team of researchers that discovered it.


Poem Hunter ›
Poems ›
Like A Diamond In The Sky