Can Dog's Tail Be Straightened Ever? Poem by Ramesh T A

Can Dog's Tail Be Straightened Ever?


Shy guys and orthodox men always prefer worn-out dress only;
For, they are afraid and don't like to show themselves in public;
But with the little cover, they react for everything to be safe sure;
Such method is followed by orthodox political and religious ones!

That is why the world is still reeling under threat of peace long;
Those orthodox minded leaders build up army to create fear;
Globalization of economy has triggered competition in the world;
But they want to threaten all by testing weapons of war and missiles!

Weapons are double edged blade that can hurt and bleed holder;
Not knowing this, like children they are ever foolishly playing with fire;
When will realization dawn on their heads to work for world peace;
By unity and friendship only one can will hearts of all to do great good!

Dog's tail can never be straightened and that only comes to mind when we think
About the incorrigible guys adhering to orthodox ideologies fanatically! 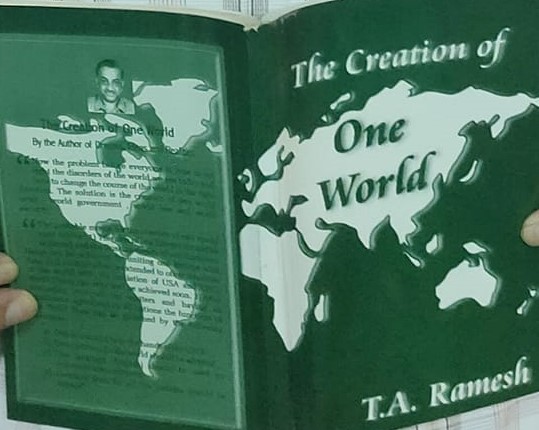 Ramesh T A
Friday, June 10, 2022
poem poems dog Globalization Friendship Political
Download image of this poem.
Report this poem
POET'S NOTES ABOUT THE POEM
Due to some are like dog's tail that cannot be straightened, threaten world peace ever!
COMMENTS OF THE POEM
UNNIKRISHNAN Sivasankara Menon 10 June 2022

Esteemed Poet Mr. Ramesh T A has been selected as the Poet Of The Day by PoemHunter on the 10th June 2022. Hearty congratulations to him.

I would like to translate this poem
Poems By Ramesh T A
Prayers And Dreams Will Become Realities!
A Balance Of Power Game!
A Good, Bad, Ugly Society!
A Beacon Of Love!
India, The Land Of Beauty And Greatness!
See All Poems by Ramesh T A
Next Poem
2264 / 6482
Previous Poem