In Goa - Fifty Years As An Mla And As A Politician - a True Feat, Mr.Rane! 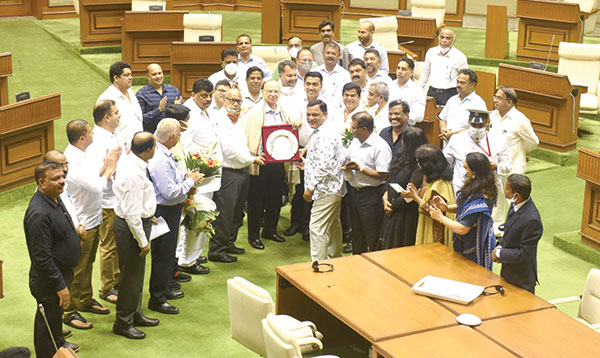 Bernedita Rosinha Pinto
Thursday, March 25, 2021
Download image of this poem.
Report this poem
POET'S NOTES ABOUT THE POEM
Note: Mr Rane is 82 years old and still in politics. Bravo! A Big Thank You to Mr. Rane for his dedication to Goa and Goan political field. But with this poem, I request the President of India to rectify the Constitution and allot a tenure to the elected ministers, which should not exceed two terms as chances should be given to younger generations to uphold equal opportunities and to bring greater contribution to our society.
READ THIS POEM IN OTHER LANGUAGES