Of Pacifism For Prejudice Poem by Gayathri Seetharam

Of Pacifism For Prejudice

Of Pacifism for Prejudice
-Gayathri B. Seetharam
David Remnick has written a fine essay in the Aug 19th,2019 issues of The New Yorker
Who has quoted Toni Morrison on the power of Language:
Words, she said, have the capacity to liberate, empower, imagine and heal,
But cruelly employed, they can "render the suffering of millions mute";

The rest of the essay is about Donald Trump and his message of racism and bigotry
And the spread of white nationalism
Which brings me to an essay in the Sept 2019 issue of The Walrus by Martin Patriquin
Which looks at a new history book prescribed as school curriculum for the 9th and 10th grades;

This is an instance of words having the power to spread the message of hate
For this is what the textbook is going to do in the minds of young Quebeccers
And the English Canadian wanting to do away with a French Canadian
Is going to be a recurring theme in their minds
And hence, I condone the book;

War is an ugly state of operation
One which divides man against man, friend against friend
And makes enemies of different types of people
And this was the case of English and French Canadians
For they fought for supremacy over land ownership;

Going back to my land of birth and not of citizenship since August 2002,
I rue the fact that in India, beautiful and scenic Kashmir has become the scene of political crime
And given rise to fighting amongst the Muslims and the Hindus
It is true that the Muslims began the message of hate in 1947 when they split India
Into India and Pakistan and this began a legacy of violence and hatred amongst the two countries
Who have fought over ownership of Kashmir;

In present day India, Kashmir has been subjected to a form of military rule
By the Hindu party in power
To quell the Muslim uprisings
And my heart goes out to the neutral man and woman and child
One who wants to lead a good and peaceful life
For schools have been temporarily shut down as have hospitals
And people have been denied their free status;

It is within the powerful writing and journalism to spread the message of love
As opposed to the message of hate that leaders are wont to spread sometimes
Unless this is the right measure that the leader in power has to take
For instance, PM Justin Trudeau in a steel grey suit along with Toronto's mayor
In a press conference last evening, displayed steely resolve
When he said that he would introduce strict gun control in Canada;

But by offering legal aid to refugees, PM Trudeau
Has spread the message of love from Canada
For those people who have suffered in their land
Or for those who are being persecuted in their land of origin or choice. 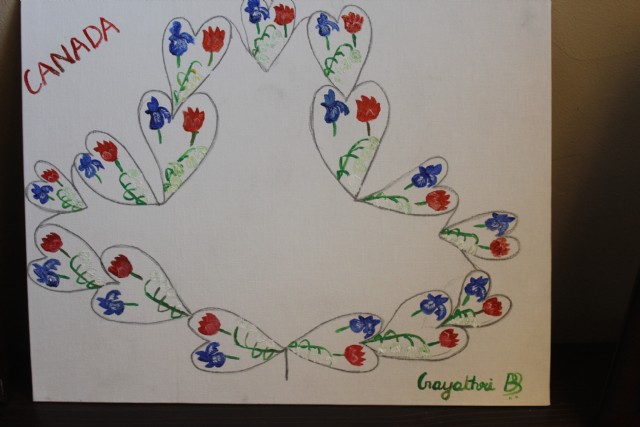 Well written. I was in Montreal for decades. I never wanted to change my vocal organs there. Sometimes, I wonder why people accepted anglophonic folks over those of francophonic in the past? And I came to know why, in hard ways. Thanks for sharing.