Russia-Ukraine War - Save Ukraine For Next Generation

When will children go to school again in Ukraine
and enjoy their right to education?
How long will Ukraine endure
the wrath and destruction of a war?
How long will their country confront
unending devastation and deaths
when it is only a war and just a war
that confronts them and wrecks them every day?
Is there no respite or remedy in their direction?
Is there no compassion or humanity in their allotment
when no wrong or crime they have committed?

And just because one leader chooses to fight another
to grapple and gain his dreams of acquisition,
can a country offer its own closet to store those corpses
where so many innocent lives get gunned down everyday
while people keep facing helplessly the brunt and the burden
of brutalities worse than a locust attack in a desert?

And as soldiers keep marching with guns in their hands
shooting and killing anyone who come in their way,
missiles keep targeting buildings and apartments
and families keep dying mercilessly in those explosions.
How dreadful it feels to see such sufferings
from far and near, from near and afar?

And those who have lost their homes, families and friends
and those who have to still face those fires of war,
they alone know their tensions and tribulations
which are so recurrent and fearsome.

And while Ukraine keeps fighting the enemy alone,
the whole world keeps watching helplessly the show;
is war and its devastation so unstoppable
that a country has to face months of agony and pain,
and weeks of injuries and sufferings?

O' God, O' God - Thou must inspire those minds of hostility
to stop the war and its brutalities and make them realize
that all that one gains by causing pains to others
cannot be transported to the next world
as it all remains back on this earth
for next generations to hold and have.

But the harm and horror done by any war
always remains back
as a part of history and a bad memory;
so bestow upon Ukraine the peace they need
and heal them from the dread and distress they feel
as only compassion will help Ukraine to revive
its honor and dignity, it's future and unity. 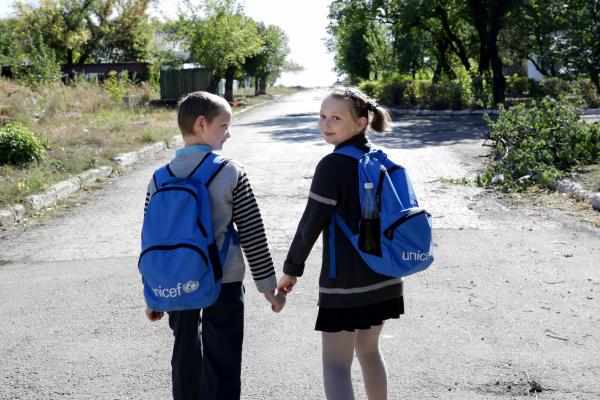