Sea Wolff left the harbor bay in the morn of All Souls Day.
Warned they were to sail not, and for the dead to pray.
Captain York with his mocking crew spat upon the deck.
To mock a warning from Farther Tom to show the dead respect.

Now fading beyond the misty shore without a blessing said.
The ghostly ship disappeared as if swallowed by the dead.
While sailing through the eerie fog York visualized their fate.
His crew had sailed over Hell, and passed through Limbo's gate.

'Sound out ye prayers mates, York yelled out;
Don't glare into their eyes.
For if we do our mortal sins will leave our souls behind.'

Hells bells rang out a beckoning tone, enticing sailors to abandon ship.
With pleasant sounds, and offerings of supernatural gifts.

'Hang tight me men, and look above to Heaven in the sky.
Keep clear minds focused there, and gaze into the light.
I'll give Davy Jones his due toll; Then turn Sea Wolff around.
Be damned the dead for claiming us; They all can burn in Hell! '

The crew obeyed York's last command; In fear, they stood their post.
Soon skies cleared, the fog rose, they were free of Limbo's host.
Captain York's men cheered with pride; Ship's bell tolled just for him.
No captain ever sailed the waters of Hell; And came back home again.

Unknown to York's men a trade was made to guide Sea Wolff back home.
In payment for their mocking sin York sacrificed his soul.
Davy Jones, bound York on his ship, so spellbound spirits had a way;
To reach God's promised paradise on their holy day.

The story of Sea Wolff has since been told throughout the briny coast.
Sailors whisper eerie tales about the Captains Ghost.
Damned to helm Sea Wolff until the end of time.
Is a lesson to mock never the dead; While we are alive. 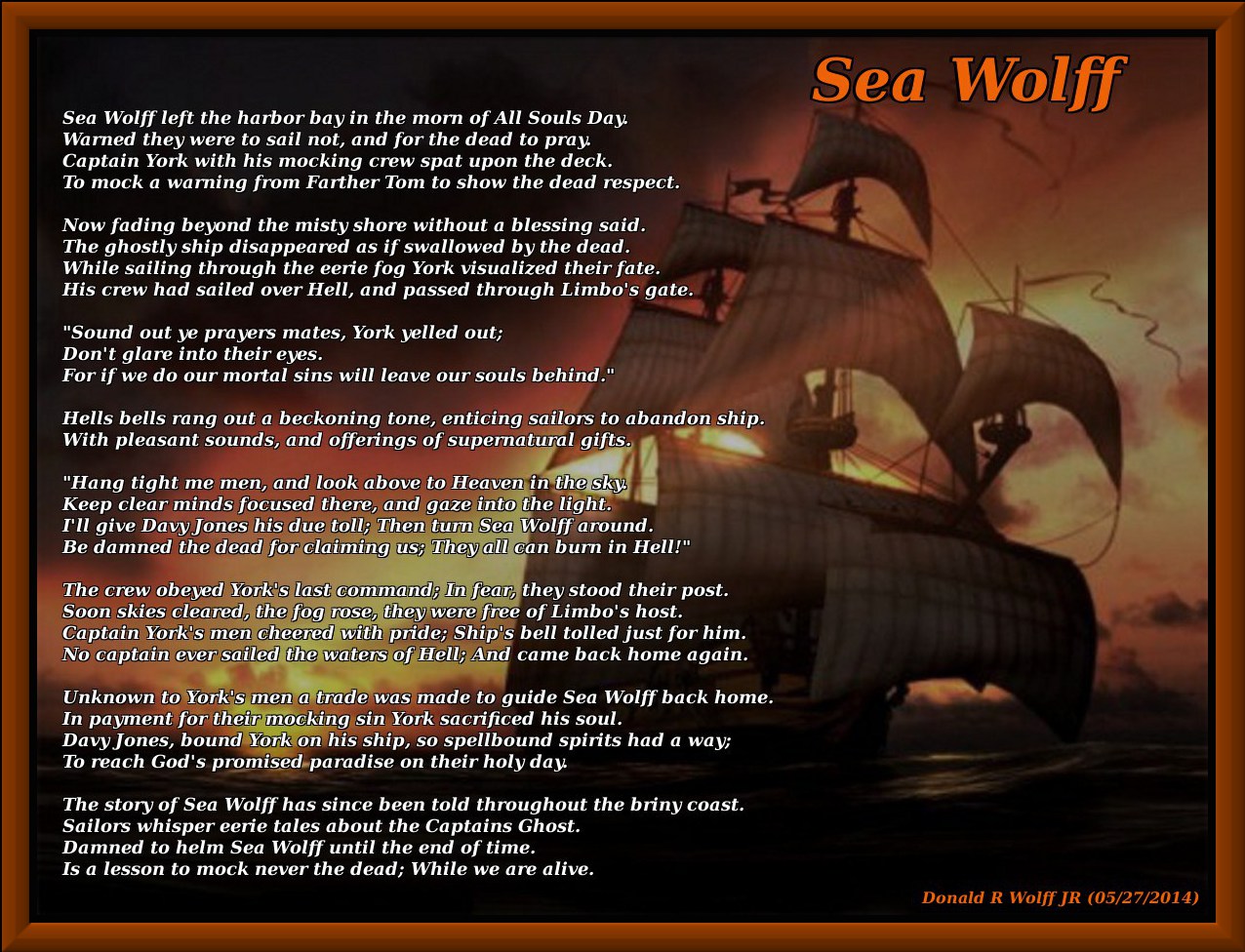