Do you know why the Angels fly, and how spiders lost their wings?
Let us go back to the beginning, when God created, everything.
Little spiders were so small, and everything around them; Was so tall.
Angels walked where they had to go. For them to walk, was very slow.
Sometimes Angels let the spiders ride. It gave them a feeling-
They could fly. Alas, poor Spiders- They could not fly.
They had no wings, and wondered why.

God, for his Angels made new wings. Because Angels in Heaven did all things.
And every place an Angel had to go. With Heaven big, to walk was slow.
The good Lord, he is very wise. He gave his spiders, the, 'Angels' wings, to try.
So high, so high, 'now; ' They could fly. But they were not happy, 'up' in the sky.

In time the spiders began to sigh. How could they leave the blue sky behind.
They learned that a want was not what they need. So they asked their friend
Angels to return them, their wings. With a smile and glow the wings were all gone.
They were now on the Angels as intended by God. As for the spiders; Now they believe.
To be what you are; Is all that you need. 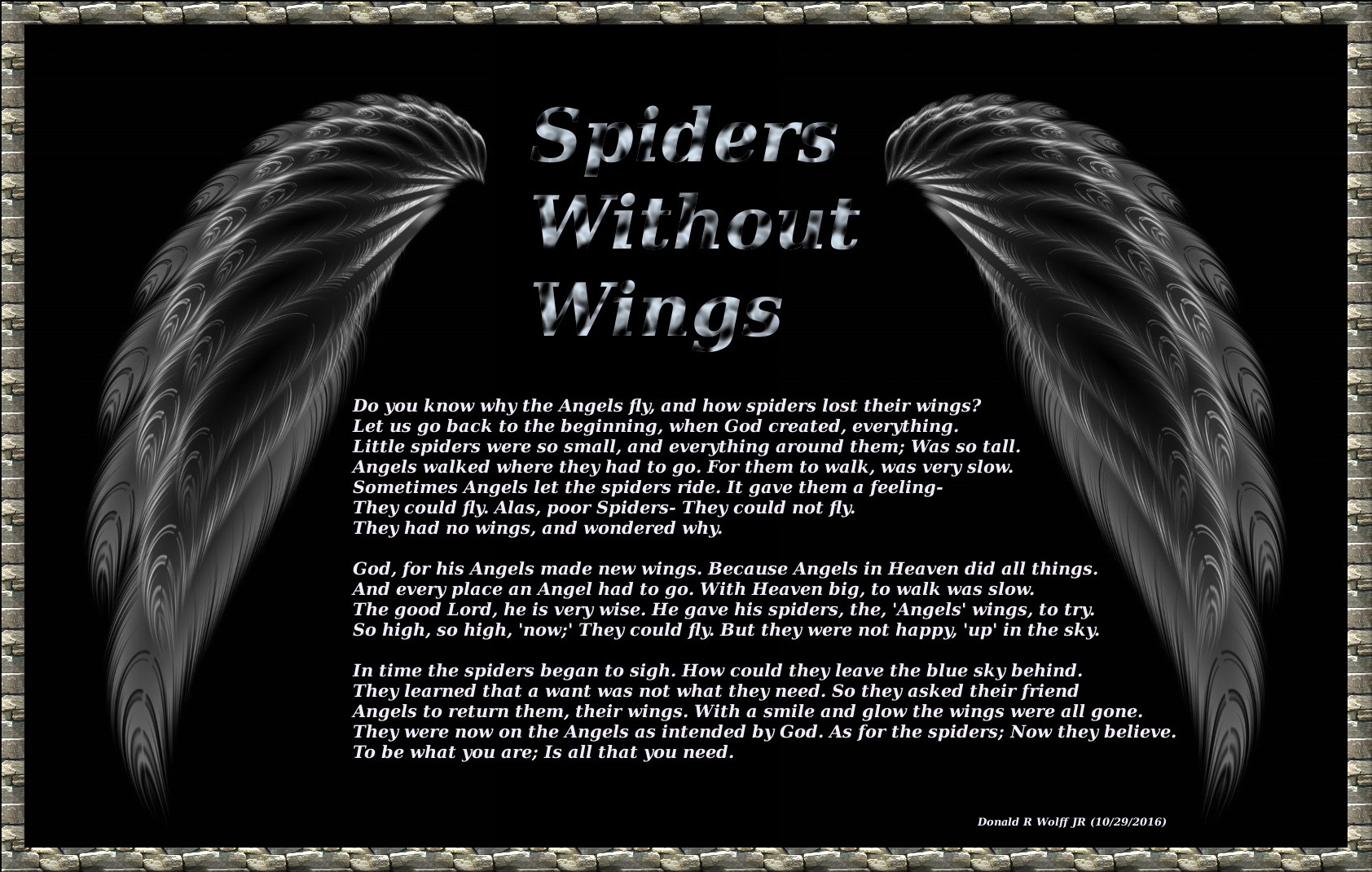 Donald R Wolff JR
Wednesday, March 10, 2021
Download image of this poem.
Report this poem
READ THIS POEM IN OTHER LANGUAGES