Applied rouge on the cheeks
Tied a glittering necklace round the neck
Putting heavy makeup,
Over the stubble on her shaven chin,
She looked into the mirror
Through its cracks, saw a million bits of her/him
Those images sneering at each other
She felt trapped in a wrong body,
With its contours n' longings mismatched

She walks around in haze
Life seems a twisted maze
Each time she tries to claw her way
She sees only walls that hems her in
Before her, lingers the stygian mist
Phantoms of darkness surround her

The winds of change swiftly blow
Seasons come and go

But she is tied down in her chains
An anomaly of creation
A curse and a taboo
Swallowing stigma and abuse
Each day waking up with a start
Knowing that she is neither a woman nor a man
But a non binary... an accursed TRANSGENDER
Inviting snide looks
And sniggers from onlookers

Though flawed and far from perfect
She is human, one of a kind
And needs to be seen through the eyes of God! 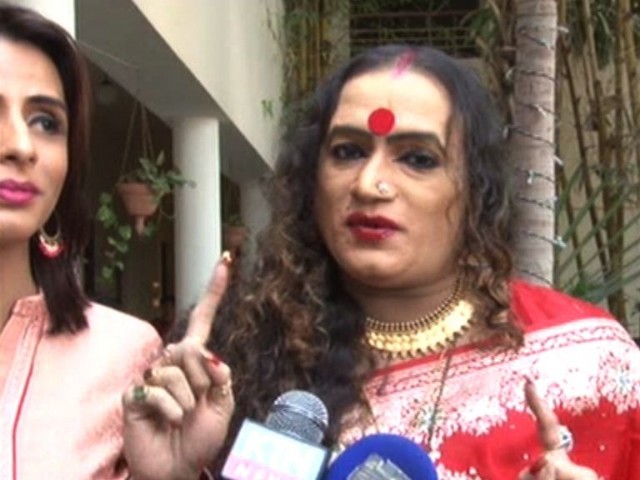 Valsa George
Tuesday, November 13, 2018
Topic(s) of this poem: depression,gender,identity
poem poems transgender waking chains trapped
Download image of this poem.
Report this poem
POET'S NOTES ABOUT THE POEM
It is sad that transgenders are discriminated everywhere. They deserve to be treated as equals. However it is heartening to note the positive changes coming over in attitudes of the people and the authorities....!
COMMENTS OF THE POEM
Mihaela Pirjol 13 November 2018

A poem on a controversial theme, which I hope will enlighten the world to show tolerance; a poem exposing the every day drama of transgenders. Any discrimination is against our humanity! We need poets to give voice to the ones which have lost theirs! May your words be heard!

Thank you Mihaela for looking into the issue with empathy. Also thanks for your great comment!

Valsa, your comment on my homeless man poem reminded me I haven’t visited your poems in a while. (In general, though, I haven’t been active in PH for a few months.) Anyway, on this poem, I appreciate your sympathetic picture. And you so well identify the most important thing—the humanity of this person—of all us—that we all share. -Glen

That's the message I wished to impart through this poem! The humanity of all! Thank you for recognizing it Glen!

A very fine poem on 'transgenders, that carries the signature of your sympathetic heart towards a section of community who are treated with much injustice and disdain for no faults of theirs.Let me quote- People call her a eunuch One divided between the selves A hapless denizen of an inhospitable world Disowned even by parents Though flawed and far from perfect She is human, one of a kind And needs to be seen through the eyes of God!

Wonderful composition with a sympathetic attitude. How she is treated is so touchingly inscribed. Let me cite.... People call her a eunuch One divided between the selves A hapless denizen of an inhospitable world Disowned even by parents.... Brilliant work.

You deal with a sensitive issue with such great insight and empathy. The line " never go into the making of a Cathedral" has, I find, both great metaphorical and literal meaning in the context of the work. A fantastic poem, Valsa.

But she is tied down in her chains An anomaly of creation A curse and a taboo Swallowing stigma and abuse Through out the whole world, the issue of transgendered people has endangered controversy for no reason other then it is human beings trying to orient the identity they themselves are. The days of binary thinking have to change, in order to move on. This poem touches me on a deep level since I am personally familiar with the subject. Once again your humanity shines through 10

She is human, one of a kind And needs to be seen through the eyes of God! . Let us pray for a golden day for them. An appealing poem....10

1- I'll take the one on the left. haze is good; i prefer daze ***..maybe. walls would hem. *** but i think you MAY be generalizing in making transgenders all sound alike and as though all are living a dismal life. It may NOT be so. i don't know. YES! anomaly: 1. something that deviates from what is standard, normal, or expected....but a person nonetheless, for good or bad. (cont.)

I would like to translate this poem
Poems By Valsa George
A Sudden Downpour
Sing Praise Unto The Lord
Eagle On Wings
Winged Words
Where Lies True Bliss?
See All Poems by Valsa George
Next Poem
785 / 850
Previous Poem