How vastly separated in space, yet linked by fate,
these two places are, I reflect at Waikumete
gazing at the three gray granite pillars
which have forty-three names inscribed,
and Don Blanding's 'They speak of God'.
'Copy our names down', the dead seem to say,
'before you return to the streets we knew too'.

Two hundred-and-fifty-seven people left on Flight TE 901
from Auckland airport at 8: 17 am.on 28 November 1979;
for sightseeing over Antarctica. Not one of them returned.
Their DC 10 airliner crashed inexplicably at 1500 feet
into the lower slopes of Mt. Erebus, an active volcano.

'Erebus', the Son of Chaos in Greek mythology. The Underworld.
I picture myself on the dry ice contours of Ross Island
where the skuas squawk and the sun never sets,
and I hear the American Preacher say in decisive tones:
'He is present with us and what may seem like foolishness
'to us is God's wisdom: We may not understand with our minds,
'but we ask for faith that we may accept what has been done.' 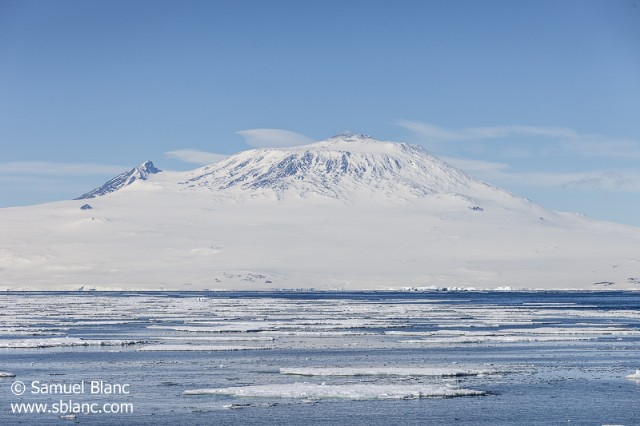 Michael Walker
Friday, November 13, 2015
Topic(s) of this poem: travel
poem poems November Mythology Volcano chaos island volcano airport Native American American Revolution African American
Download image of this poem.
Report this poem
POET'S NOTES ABOUT THE POEM
I went to this cemetery to see the Erebus Memorial and read the excerpt from the elegy.Two-hundred- and-fifty-nine lost their lives in the crash, of whom twenty-four were Japanese. There is a Japanese cherry tree planted in their memory.
I watched the video 'Impact Erebus', on which an American minister preached memorably near the crash site.I read the excellent book 'Daughters of Erebus', by Paul Holmes.
The name 'Erebus' is from Greek mythology.
READ THIS POEM IN OTHER LANGUAGES

Thanks for that opinion. I like to think that I write in a smooth style-not always easy to do. I played the video 'Impact Erebus' and recorded what the American Minister preached. It would be hard to accept that this disaster could be part of God's wisdom, though. Not from what you see on the screen.