With a billion wounds and bloody strains,

When she realised that her most brilliant child;

Man, her most mighty child, hastily began to rise;

Ravaged her bounty and almost made her to die,

Fiercely trampled everything in his wake;

Afflicted and poisoned for his greed to rule,

As the Corona virus struck, spread, and evolved;

At once, the reckless greedy humans stopped,

Startled and spooked by a measly germ;

Cooped up in fear of existence and death,

Mother Earth is healing herself again!

All of a sudden, everything is changed!

Skies as clear as sparkling wine;

And the stars twinkle splendidly bright,

Air and Wind as soft as silk;

The seas and the rivers clear and clean,

As if flying freely towards the heaven,

The world slowed down;

No toxic fumes around,

But we, the greedy beings, shall never learn;

Many will die, but we tend to forget,

And shall again teach us lesson in due course! 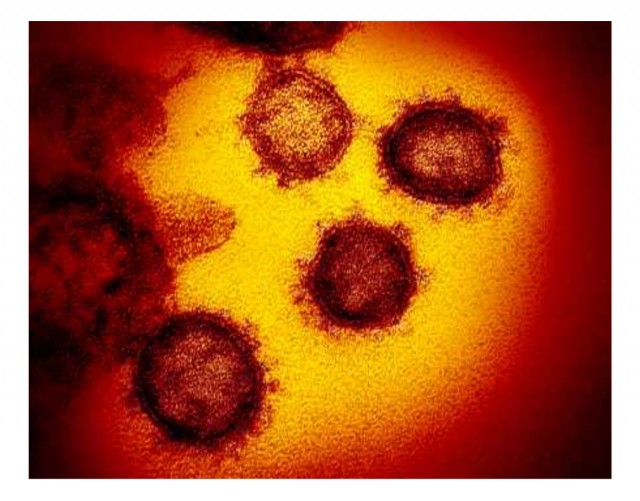 Vinita Nahata
Friday, March 27, 2020
Download image of this poem.
Report this poem
Topic(s) of this poem: greed
POET'S NOTES ABOUT THE POEM
Hey Friends! !
Sharing a link to my new poem on effects of#COVID19 pandemic on human race.
READ THIS POEM IN OTHER LANGUAGES

I would like to translate this poem
COMMENTS
Jasbir Chatterjee 18 April 2020
Nice poem. Thanks for sharing it.
1 0 Reply
Jazib Kamalvi 10 April 2020
Such a nice poem, Vinita. You may like to read my poem, Love And Iust. Thank you.
1 0 Reply
Dr Antony Theodore 08 April 2020
Yes, Mother Earth is healing herself again! Yes, Mother Earth is healing herself again! But we, the greedy beings, shall never learn; Many will die, but we tend to forget, Mother Earth will begin to choke ere long; YEs very true dear poetess. you wrote a wondeful poem on the mother earth and the healing that is in her to heal the whole earth and the human beings. lovely proper to the context now. tony
1 0 Reply
Vinita Nahata 10 April 2020
Thanks.. your appreciation means a lot
0 0 Reply
Mehta Hasmukh Amathalal 31 March 2020
so sad epidemic taking the heavy toll.. clear...10 Nature's warning Tuesday,24th March 2020 Nature has used lethal weapon to caution and remind the human beings to bring in more disasters Hasmukh Mehta
1 0 Reply
Vinita Nahata 05 April 2020
Thanks... your appreciation means a lot
0 0 Reply
Edward Kofi Louis 30 March 2020
Mother earth! Mankind on earth! ! Coronavirus! Deaths recorded! ! ! ! ! The healing process. Thanks for sharing this poem with us.
1 0 Reply
James Mclain 30 March 2020
Time heals all, Especially when there is a global pandemic Going on.
1 0 Reply
Savita Tyagi 29 March 2020
Mother Earth has been crying for a long time. With our greed and arrogance we chose to ignore. A lesson she is teaching us. Hope we all listen. Your excellent poem is very timely with its reminder.
1 0 Reply
Bharati Nayak 28 March 2020
In the backdrop of Corona Virus pandemic, the poem encapsulates the pains and wounds caused to the mother earth by human greed resulting in larges scale damage to earth's environment.Now man is facing the grave danger of Corona virus.The deadly disease Covid -19 has now spread to most countries of the world.Perhaps earth is healing itself by stopping man's madness.
1 0 Reply
Chinedu Dike 28 March 2020
An impressive creation that resonates with literary conviction, well conceived and nicely penned. A sad truth outstandingly worded.
2 0 Reply
Vinita Nahata 01 April 2020
Thanks.... your appreciation means a lot
0 0 Reply
Ashok 27 March 2020
Yes, mother earth is healing her self... Such a nice feelings to read it .
1 0 Reply
Vinita Nahata 01 April 2020
Thanks...your appreciation means a lot.
0 0 Reply
See All Comments