The fountains mingle with the river,
And the rivers with the ocean;
The winds of heaven mix forever
With a sweet emotion;
...

If I were in charge of the world
I'd cancel oatmeal,
Monday mornings,
Allergy shots, and also Sara Steinberg.
...

it came today to visit
and moved into the house
it was smaller than an elephant
but larger than a mouse
...

My sister Laura's bigger than me
And lifts me up quite easily.
I can't lift her, I've tried and tried;
She must have something heavy inside.
...

When I asked sea about the Pearls,
It laughed and said that is one of my lovely jewels.

When I asked about light to the sun!
...

And I start wondering how they came to be blind.
If it was congenital, they could be brothers and sister,
and I think of the poor mother
brooding over her sightless young triplets.
...

Before I knocked and flesh let enter,
With liquid hands tapped on the womb,
I who was as shapeless as the water
That shaped the Jordan near my home
...

Read Poem
Out, Out Robert Frost

The buzz-saw snarled and rattled in the yard
And made dust and dropped stove-length sticks of wood,
Sweet-scented stuff when the breeze drew across it.
And from there those that lifted eyes could count
...

Once on a time, the ancient legends tell,
Truth, rising from the bottom of her well,
Looked on the world, but, hearing how it lied,
Returned to her seclusion horrified.
...

--------A Simple Child,
That lightly draws its breath,
And feels its life in every limb,
What should it know of death?
...

My mother's an expert in one thing:
sending people she loves into the other world.
The little ones, the babies--these
she rocks, whispering or singing quietly. I can't say
...

Weep not, weep not,
She is not dead;
She's resting in the bosom of Jesus.
Heart-broken husband--weep no more;
...

Friendship is love,
Without friendship love means nothing!
...

DESTINY was a foster child soft spoken, gentle
Intelligent and with a smile, respectful and never wild.
...

Sister is, sister be. So much is my baby sister not like me.
I've watched you grow and change so much, but I couldn't
ever stand it when you touched my stuff. You'd alwaysglimmer,
you'd always shine, I couldn't stand it when what's yours,
...

gem be shaped, with destiny for other's spot is sister

If elder to brother, guider, caretaker, the half-mother is sister
The hidden talent takes out and making worthy is a teacher
...

Tomorrow I'm going to the oncological institute with my sister, where she's been going for a check-up every three months ever since she got pregnant, even though she wasn't supposed to, and the doctors are afraid she is going to die, because they told her not to get pregnant, but she chose to give birth, even if it costs her her life, she's going to have twins, although she might die, she's seventeen years younger than me, and she already has four children, and I don't have any, for a while I thought she wasn't as clever as me when we were children I used to give her piggybacks, but now I go to the doctor's with her, not long after mother died, about a month afterward, when mother died my sister didn't know she was pregnant yet, she called me over to her house, without telling me why, without telling me mother had died, telling me it was something urgent, I was in Jassy, where I'd gone to see a play, which for that reason I still haven't seen
the taxi driver talked to me the whole way, he said that you shouldn't get attached to anybody that way you won't suffer, that's what he believed in, and he used himself as an example he told me

that he would never suffer if anybody pinched his car, because he wasn't attached to it, just as he wasn't attached to anything in the world, because he couldn't care less about anything, nothing affected him, that's why he didn't even suffer when his wife left him, and his kids slammed the door in his face, the car was hurtling along at top speed, he didn't care that he might crash into a tree at the side of the road or maybe he was trying to prove to me
that he didn't care, that's why he was going so fast, the only thing he felt sorry about in his life was that there were things he had felt sorry about, as he spoke I was wondering why my sister had told me to come home, what could have happened that was so urgent, but she didn't want to tell me over the phone, by the time we reached Flutura the driver was still telling me
about how he didn't care about anything in this life, he was still telling me when he dropped me off by the gate, where my sister met me, her face bathed in tears

it was raining, the taxi driver swallowed his words when he realised where he had brought me, I gave him a hundred dollars, ten times more than the fare, and told him to go, but he didn't want to and he stayed to help us with one thing and another, that afternoon he forgot not to care and he smoked cigarette after cigarette, crying into his hands next to me, a stranger who had never met my mother, it was only then that he realised where he had been going, I didn't tell him to stay, but he stayed, without realising that it was blatantly at odds with his philosophy of life, and he left only when we all went to bed, he wouldn't accept a single cent from me, he gave me back the hundred dollars, I never saw him again after that, there are people we never see again, after I was left on my own a swarm of mosquitoes attacked me
in the morning I went with my sister to the oncological institute, for another check-up and the doctors told her that if she wanted to live she would have to have an abortion, but my sister didn't want to, she would rather die than kill the child in her belly, and she gave birth to twins, but she didn't die, she left the doctors open-mouthed in amazement, I think that wherever she is now my mother is proud of my sister

Oh! my young sister, please remain at home
Please tend mulberry field and love our old mother.
Our mother labors under sunlight, morning and evening mists
With each step that I take, I walk hundred roads of sorrows.
...

'Sister, sister, in the darkness we currently stay
Darling sister, do you see me?
As we are bound together night and day
Can you more than visualise what I could be? '.
... 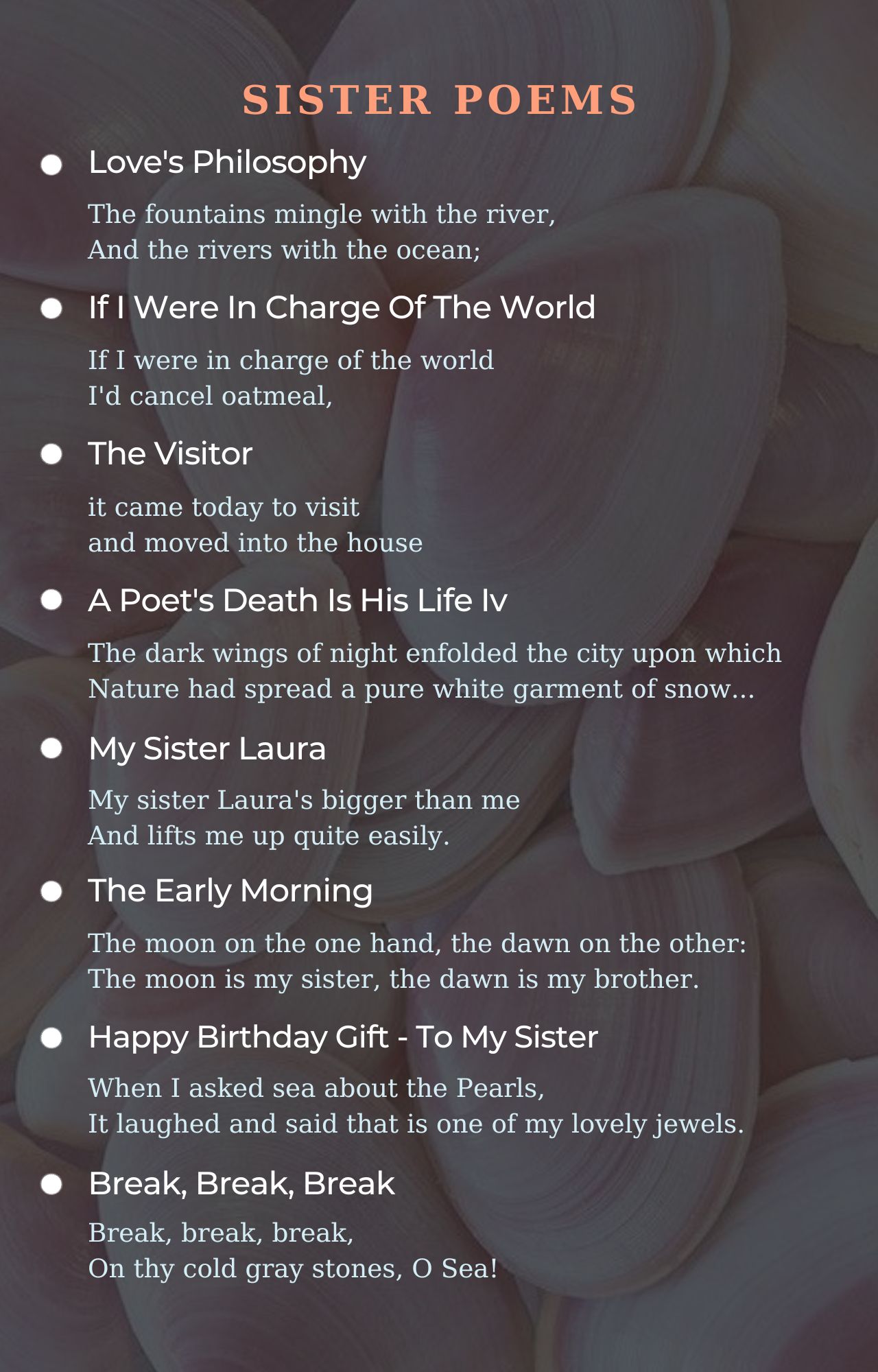