Futile Are Those Wars - Encourage Peace Not War In Syria

Yet man chooses not to forget his enemies
man chooses not to divert from his vengeance
thus reaping devastation, destruction
in his own neighborhood, in his own streets
just because he selects not to have tolerance
just because he lacks patience and acceptance;
and though man is aware many die in a war
many turn homeless, children become orphans
yet man insists on revenge
though he knows he is so helpless when calmness
has fallen asunder and that the realities
run perpendicular to life
and they stand stiff when they are unchangeable;
but birth and death run parallel
never touching each other, even until the end;
so live, exist, choose peace
choose to live by contentment. 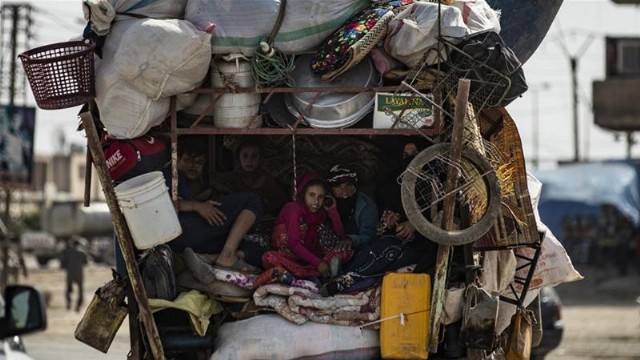 Bernedita Rosinha Pinto
Tuesday, October 15, 2019
Topic(s) of this poem: war and peace
poem poems greed brotherhood Cities Enemies culture
Download image of this poem.
Report this poem
POET'S NOTES ABOUT THE POEM
Tens of thousands have fled border region as Turkey's military pushes into Kurdish-held areas in northeastern Syria.
Ankara pledges to continue operation in northeast Syria despite warnings over humanitarian crisis as 100,000 flee homes.
Washington had ample opportunity to make arrangements acceptable to both Ankara and the Kurds before leaving Syria.
COMMENTS OF THE POEM
Mahtab Bangalee 15 October 2019

Thank you, sweet one, for your kind appreciation of my poem.

Thank you, sweet one for your kind appreciation of my poem.

Thanks for selecting my poem for your list. I am pleased you liked my poem so much!