There was once a doctor with understanding keen,
unparalleled in medical skill, to be sure,
so wise that he could make an elixir to cure
each and every sickness the healing arts could glean.

His medicine with special properties galore
was treatment guaranteed to bring about relief.
This excellent physician, sage beyond belief,
also was a father with children by the score.

Because of urgent matters that had come to pass,
the doctor had to journey far away one day.
Soon after his departure from his offspring, they
drank a poison they thought was a potion first-class.

Rather than assuaging their sufferings, they found
that the remedy so-called took a ghastly toll,
producing convulsions, which made them writhe and roll
in excruciating pain, around on the ground.

On returning, the discerning doctor could see
that many of his children were in agony.
Some had lost the sense of their true identity.
All had been affected to a certain degree.

When the children in the distance their father saw,
they greeted him with joyfulness on bended knees.
After welcoming him fondly, they begged him please
to help them— for the doctor they held in great awe.

They told the physician how foolish they had been
to mistakenly drink a concoction wherein
a poisonous substance was included therein
that was making them feel awful, to their chagrin.

The father viewed their anguish sadly with dismay
and then researched the treatises so as to find
the finest medicinal herbs to be combined.
First he pounded and sifted them without delay.

The formula when blended became the best brew
to heal their illnesses, and with its good flavor,
color and fragrance, it was something to savor.
Next the doctor told them that he knew what to do.

Yes, their troublesome worries he could diagnose.
This all-embracing potion, the father avowed,
with causes and effects was perfectly endowed.
He urged the children quickly to swallow a dose.

‘You must now take a draft of this, ' the doctor said,
‘and from diseases promptly your lives will be free.
It has a pleasant taste that no doubt will agree;
thenceforward you'll experience wellness instead.'

Among the children who had retained their own wit
or those who liked the medicine's color and look,
some a quantity of the preparation took
to verify the facts for themselves about it.

They discovered their maladies indeed had ceased,
so their bodies and minds were completely renewed.
The others in a state psychologically skewed
were elated to behold their father at least,

and they wished for him to treat their ailments as well.
But when he offered them the mixture he had made,
these children did not want it and refused his aid.
They seemed to be under a malevolent spell

of sensory disorders to judge things wrongly,
neither recognize what was right before their eyes,
nor discriminate between the stupid and wise.
Oh, that virulent poison had set in strongly!

Owing to the toxin their awareness had changed.
Their deeper sensibilities had disappeared.
Thus the medicine's fragrant aroma smelled weird.
The doctor realized these children were deranged.

No, they wouldn't accept the potion he gave them.
Despite his persuasion, they did not understand.
Their own distorted reasoning was in command.
How could the physician conceivably save them?

The father was consumed with uneasy distress
that the minds of those children were in such a mess.
They would not be released from their torments, unless
a way could be devised so they would acquiesce

to taking the restorative, hopefully fast.
He needed to invent an expedient means
elaborately planned enough behind the scenes
to cause them to assent to his treatment at last.

The father said to them: ‘It's time for me to die.
I have gotten feeble and have grown very old.
I'll leave behind this potion with virtues untold
so that you can take it and be cured by and by.'

Having left these instructions for them as a guide,
the doctor went off to another land again.
He sent back a message to his home country then,
informing his children that their father had died.

In this manner, he believed he'd alerted them;
he felt the sad news of his passing would succeed
in getting all of them his directions to heed,
when they thought the physician had deserted them.

After hearing his lifespan had come to an end,
the children comprehended the doctor was gone.
Bereft of a father they'd have to carry on.
Now that they were orphans, on whom could they depend?

With sorrow and grief the children were afflicted
continually, as the days dragged on ahead.
They looked upon their unhappy future with dread.
Finally, as the sage doctor had predicted

the children came out of their despair and perceived
that the medicine had a fine fragrance and taste,
whereon they took a draft of it in eager haste
and those symptoms from the poison were thus relieved.

At once from their illnesses the children were healed.
Immediately, when the wise physician learned
that they had recovered, he rapidly returned.
Hence the truth that he'd always been there was revealed.

‘Receptive-minded listeners, what would you say?
Do you think that this doctor played a wily trick?
Was he guilty of deceiving those children sick,
in order to restore them to health right away? '

All responded, ‘No, it seems that the father sought
an effective approach to accomplish the goal
of curing his progeny in body and soul.
Consequently, he was doing just as he ought.'

The excellent physician to the people spoke,
assuring them that he had ever-present been.
He stated, ‘Long before time began to begin,
to realized illumination I awoke.

‘Through expedient methods, like spreading about
news of my extinction and other means skillful,
I instructed the sentient beings willful,
so they would ultimately overcome their doubt.'

Nowadays, with their wisdom, awakened creatures
explain and express the eternity of life
even in the ages of ignorance and strife,
in this way manifesting perceptive features.

As we enter the future from the distant past,
reciting the Dharma, Nam Myoho Renge Kyo,
is the all-embracing medicine to bestow
that opens our true realm of enlightenment vast. 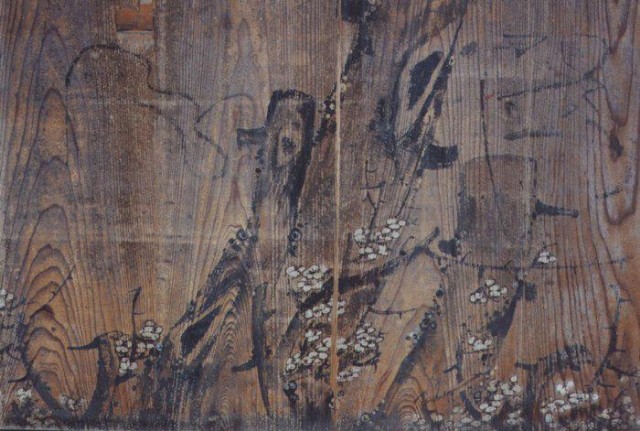 Harley White
Sunday, December 28, 2014
Topic(s) of this poem: narrative
poem poems children identity facts Lifespan awareness enlightenment
Download image of this poem.
Report this poem
POET'S NOTES ABOUT THE POEM
[Inspiration for the poem is the Parable of the Excellent Doctor and his Sick Children, which can be found in the Sixteenth (Lifespan) Chapter of the Dharma Flower Sutra (aka, Lotus Sutra) .]

This parable is found in 'The Sixteenth Chapter on the Lifespan of the Tathāgata' of the Dharma Flower Sutra. Below is a passage of the commentary by Nichiren, from The Dharma Flower Sutra Seen through the Oral Transmission of Nichiren Daishōnin - Translated by Martin Bradley.

Now, Nichiren and those that follow him reverently recite Nam Myōhō Renge Kyō which means to devote our lives to and found them on (Nam[u]) the Utterness of the Dharma (Myōhō) [entirety of existence, enlightenment and unenlightenment] permeated by the underlying white lotus flower-like mechanism of the interdependence of cause, concomitancy and effect (Renge) in its whereabouts of the ten [psychological] realms of dharmas (Kyō) . And, in this way, the practitioners [open up the dimension that is within them that has all the implications of] 'Ever since I realized the state of Buddhahood…'.


Nam Myōhō Renge Kyō means to devote our lives to and found them on (Nam[u]) the Utterness of the Dharma (Myōhō) [entirety of existence, enlightenment and unenlightenment] permeated by the underlying white lotus flower-like mechanism of the interdependence of cause, concomitancy and effect (Renge) in its whereabouts of the ten [psychological] realms of dharmas [which is every possible psychological wavelength] (Kyō) .

Your words are so far above me here, and my ignorance of the subject matter left me in the dark, but when seeing the panting on wood, I felt an understanding, your poetry revealed to me your point of issue here...news of my extinction....you see that a poet can convey thoughts across barriers of ignorance to make a statement that even the deaf, do me and blind can conceive, you are not only a wealth of knowledge, you are a true poetess of the truest order.

Thank you for reading and commenting on this poem, which I truly appreciate! These great teachings are really about life itself and reality. And this is an ancient parable about the dangers of following deluded beliefs and points of view, which is just as relevant now as it was centuries ago. If you have been introduced to this amazing practice of the single phrase Nam Myoho Renge Kyo (which is somewhat explained in my notes) , then I have more than accomplished my purpose. Thank you again!