Sosipaters, Saviors, Eupaters, Benefactors, Filopatrides,
a whole plethora the Ptolemies,
the self-appointed power suitors,
around the arenas and markets of promotion
mourning for the calamitous downhill:
' Inapt charioteers did not find escape avenues
and let the state's chariot
precipitate in slippery paths.'
-Will they let people bleed in this swamp,
in the abyss of the evil's mud?
Marching, their promise, upwards triumphal,
and as Ptolemies used always to do
soon in the parade on the triumph boulevards
the crowd will be honorary invited
to sprinkle them with laurels
honouring the Ptolemies
being again in charge of the reins
upon the chariot of wassail 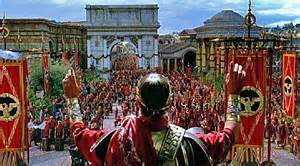 This is a translation of the poem Σωσίπατροι Πτολεμαίοι by dimitrios galanis
Thursday, March 9, 2017
Topic(s) of this poem: deceit,lies,life
poem poems
Download image of this poem.
Report this poem
POET'S NOTES ABOUT THE POEM
translation of my 'Σωσίπατροι...Πτολεμαίοι'
20.3.2014
COMMENTS OF THE POEM
See All Comments
READ THIS POEM IN OTHER LANGUAGES
Sosipaters Ptolemies(en)
I would like to translate this poem
Poems By dimitrios galanis
Νυχτερινή Χιονόπτωση [ F.Frosini: Nocturnal Snowing]
Οn Excitment's Fervour
Rush
Your Smile
The Poem
See All Poems by dimitrios galanis
Next Poem
68 / 65
Previous Poem