My Own Walls Poem by dimitrios galanis


Walls of unconscious hypocrisy proved to be the means
I used in my life's actions, krafts and skills.
I was sure for my kind intentions
and had never hoped to be mistaken, misunderstood.
What a pity, there wasn't anyone eager to get into the 'cosmos'
of those means and their intentions!
Remorse obsess me hard. I complain much
that I was not ever given the chance
to explain meanings, intentions, means and rest ones.
Finally, I found, the misfortune,
myself encaged in the enclave of My Own Walls,
and have bitterly to regret,
that I did not abhor in time to the shape
of the appearance into which
I left the essence of my being to be transformed
at someone I do not recognize as myself.
Ashamed now to see all that deserving to be laughed at,
I ditect the worst:
I had shaped out a second unnatural self
which seemed like having captured my real self
and does not still leave it free to become itself.
It does not allow me take off that mask, I discover I wear,
and leave the authentic person openly shown to be.
An urgent gathering of new build-elements daunts me,
while the elements used once now seem strange to me.
And that will be, I predict, the damnation to suffer henceforth:
To see a parody unfolding in front of my new eyes:
myself, my presumed me, as a Stranger, an Alien,
walking in front and instead, I fear, of my own id
and known opposite comers
eager to recognize that Alien Stranger
and to ignore Me,
the one recognized as my id by Me
and not the one projected
ouside My Own Walls as Me.
Deserving, I confess, in retrospect,
the human nature's vengeance. 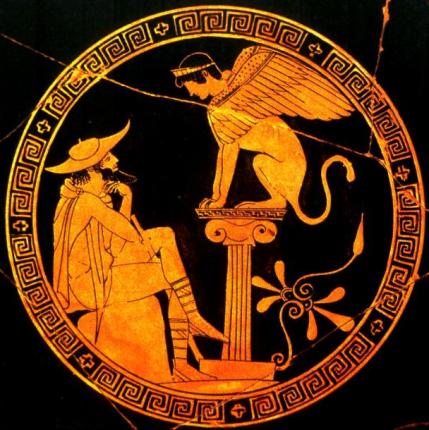 dimitrios galanis
Tuesday, December 1, 2015
Topic(s) of this poem: self reflection ,self discovery,self image
poem poems Elements
Download image of this poem.
Report this poem
POET'S NOTES ABOUT THE POEM
Written 12 Jan.2013 in greek.The one here is a rendering of mine into english, composed at 8 Dec.2015
COMMENTS OF THE POEM
R Soos 17 November 2016

thank you. often things happen we cannot express, and your poem sayys it for us i was sure for my kind intentions and had never hoped to be mistaken

Thank you, dear, for having the kindness to share it and find in it something that moved you too.

The ego and super ego have overcome the id and brought new realization that liberates and frees from the prison cell of self defeat. Such a powerful and profound philosophical and psychological perspective of freedom and victory. Excellently expressed my friend!

Thank you, dear Eduard, for your generous word.

Life is in fact a journey of self-discovery. We must learn to distinguish between our real n false selves. A very philosophical work on duality of human personality.

Exactly, my dear Nosheen, on duality of our personality or multiplied duality amid the icons we have on the question who are we, is there one personality of ours or the idea others have or us ourselves have about ourselves is something even we can not keep the same in the different situations we are involve into....Thank you for the kind word.I do esteem so much your profound sensitive work.

A very deep introspection into oneself! We often wear masks to suit the situation. Finally it so happens that we are unable to distinguish between our real self and the one we put on. This is a peep into everyone's soul. This kind of occasional looking back is a way forward to self discovery. LOVELY POEM sir!

Many poets have written poems on ''wall''.The most famous onew I 've read is that of the great Cavagis, Walls, and the Dungeon by R.Tagore.I tried to see another kind of walls.Thank you, dear lady, for the kindness to comment it.

I identify. If only we could live life twice.