Sparks From The Quarks And Things That The Strings Bring


Title: A medley extraordinaire and none would relay "au contraire" but feel Pele's laissez faire (policy of non-interference) , that is to add to the combination of picture and words
I see the "promised land" both in romance and career
And feel the surmised hand from Publishers on the internet
A hitherto desert in Toronto since March 1997 in my life will have an oasis
(which is the picture of a rose in full bloom in a dried up plant)
That is not counting my M.A.Sc thesis and work days and the joyful birth and upbringing of my son and my leased car;
But I apply a Clinique revitalizing mask and admire the decided glow radiating from my face
And rue the lack of blood flow during that time of the month
One is an Ebers Papyrus, an Egyptian medical manuscript written in 1550 B.C. (Reader's Digest Quest for the Past, self-presented by my cousin, the daughter of my aunt and uncle) , which lists face packs
And from an article in The New York Times Intl. edition by Pagan Kennedy, I learnt that in Egypt, in the 15th century B.C., women found creative uses for papyrus such as tampons and women from Asia and Africa experimented with absorbent moss and reusable cloths;
There is an "in" and "out"
And there is no doubt that they come one after the other
But did anybody know that men are fast on the draw and long with the drive
And on occasion do not last as long as they should
But they are full of muscle and might
And I hustle for good sex, the ultimate aphrodisiac
And a sort of geodesic which undoubtedly is the shortest possible line between 2 points on a curved surface and that is the "cent per cent" solution for a person with voluptuous curves, that is me, and I am an aspirant to work-fame and work-fortune;
And say that according to the same reference from Reader's Digest, I learnt that the mysterious quarks
Which are tinier than the proton and neutron and electron and which make up the atom
Are classified by the attributes, "up"(u) : "down" (d) : "sideways or strange" (s) : "charmed" (c) : "top or truth" (t) : "bottom or beauty" (b)
And these particles cluster together to form the atomic particles
And the flower arrangement of ours symbolise the quarks;
Of course, there is the string theory
And Sheldon Cooper of the TV show, The Big Bang theory who plays the character of a physicist
Works on the possible reality that matter is made up of strings
Invisible threads that weave the warm blanket of earth
I do not believe or disbelieve both theories
And shall end by alluding to another item in the picture which has "The Blue Carbuncle" for a boy in summer, a bicycle
And flowers that tower over another tall and lissom crystal vase presented by a family friend
And is in the vestibule of our house
And the artificial flowers are simply lovely with 3 curly sticks
And was made for $220 in the Sherway Garden mall by a florist near Holt Renfrew
And say that the cycle is symbolic of planetary motion and the flower vase represents the sun which is a star
And along with the Hindu idol, the Goddess of Knowledge, a gift from a family member, standing on a pedestal,
Forms a welcoming feature in our house in Toronto;
For if flowers with words and flowery words conveyed and recited through poetry
Aim to please, then the art of writing these rhymes make up imagery
And using personification, I shall say that the beautiful curls on the flower arrangement
Hurl through space as do the distribution of quarks and strings in the universe
Along the direction of the 4 dimensions, space and time. 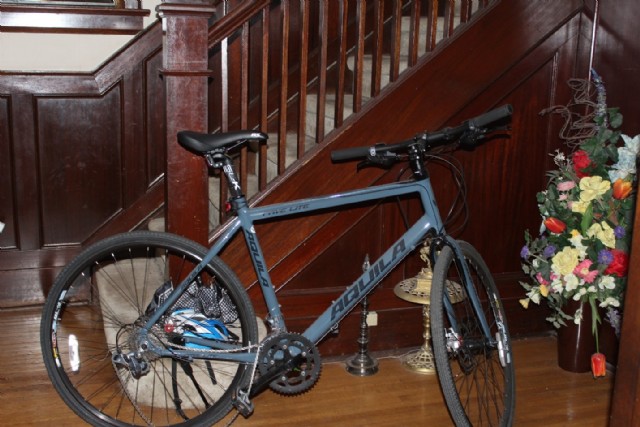 Hi Gayathri Stills from your life and from science make this poem very profound. Of course, good is the ultimate aphrodisiac. The reference to geodesic with reference to the curves of female body is quite innovative. Good poem. Enjoyed reading.

And I hustle for good, the ultimate aphrodisiac And a sort of geodesic which undoubtedly is the shortest possible line between 2 points on a curved surface and that is the cent per cent solution for a person with voluptuous curves, .... a very nice poem illustrating and mixing up with all the knowledge that you have and lived experience. tony

I would like to translate this poem
Poems By Gayathri B. Seetharam
Black And White
A Girl Is Also Special
A Ballad On Beverley Mclachlin, The Ex-Chief Justice Of The Supreme Court Of Canada
A Poem In Sanskrit Poetry Format
Hope For An Even Better Tomorrow
See All Poems by Gayathri B. Seetharam
Next Poem
333 / 359
Previous Poem