I have long dreamt
Your legs so pure 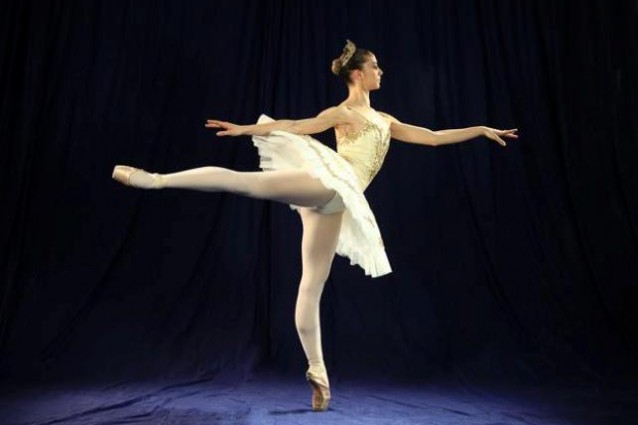 This is the English adaptation of my poem ''MUSICHE SULL'ACQUA 1.''

It is the first in a collection of 10 lyrics.

BACKGROUND STORY:
I was in Hungary on an invitation and grant from The Hungarian Academy of Science. According to the fellowship, I had to spend 6 months in Budapest, at the National Institute of Neurosurgery, working on a research under one of the best neurosurgeons in all East Europe (the late prof. Pasztor, then head of the Institute) .
But destiny's will was different: the communist bureaucratic direction of the Academy, in Budapest, decided that I had to spend the first 3 months in Pécs (south-west of Hungary) and only the last 3 in Budapest.. Pure madness, of course.. but so things were.

Yet, when in Pécs (a pretty town, by the way) , just on my first few days there, it happened to me to meet a beautiful, bright, lovely young girl..
I wrote the 10 poems of my ‘'Water Music'' there (the last one, the 10th of that collection, although I started it in Pécs, was finished in Italy) , for/on her and on my absurd situation.. as I was far from home, from my work, in a foreign country.
I went there supposing to work on a research.. but I found myself facing a paradox.. stuck in the middle of nowhere.. because at the Neurosurgical Dpt in Pécs I couldn't work on anything.. and my days there were simply void of meaning..

I usually spent every morning at the hospital (Mon-Sat,07.00-14.00) , then a light lunch at a restaurant (the hospital cafeteria was so bad that, after the second experience there, my stomach refused to eat their food) . After lunch, I used to spend my time walking in the town centre or reading; then having an high tea at 5 PM at a beautiful café house..
I still have vividly, before my eyes, the images of that 'café', where a wonderful tiled oven dating back to the 18th century made a show of itself in a romantic corner of the main room..
And that was where I met Csìlla.. She was 17 that time: a student and a ‘ballerina' - she wanted to become a ballet dancer..
She loved music, too.. Händel's ''Water Music'' was sort of ‘our music'..
Now you can begin to understand.. can't you?

- It was a night (almost Dawn) , when I wrote this poem.
I was in my room, staring at the clear sky through the window.. The moon, so pale and magic.. drawing my imagination to 'Her'.. In my ears Händel's music was still playing softly..
We had known each other for c.1 week. That evening she had invited me to a rehearsal for a ballet they would have performed on the next Saturday..

- The quotation [‘gazing at the stars'] refers both to the night's heavenly vault and to the girl's name: ‘Csilla' relies to Hungarian ‘csillag', meaning ‘star'.

- ''Legs so pure'' want to express the sense of beauty, whiteness (from her complexion, but also a reference to her ballerina suit) and also purity (her young age; her innocence, moral integrity..) .
Someone could think: 'legs that make you dream'.. but in my poem, such a sexual attribute goes together with an intellectual and (sort of) ethical judgment..
For all the reasons above I have made it with ''legs so pure''.

- ''Your eyes -Ethereal / Like butterfly wings''
Her eyes, when she looked at me, and

- ‘'Like butterfly wings'' relates to the delicate, translucent, diaphanous features of the butterfly wings, applied to her eyes looking at me; but it wants to recall to mind also the movements of her body, when dancing.. Where ‘wings' are both her legs and arms..

- 'SUSPENDED ON YOUR HEART': beside her I did feel myself like being in a suspended state.. without any distress, in peace with myself.. sort of being suspended in zero gravity.. out & above the day-by-day life.. Sort of escaping the deadly cycle of the existence..

- ‘Pulse of life' is referred to Her People and Culture (Hungarian) .. as I was in a foreign country, and through Csìlla I had the chance to understand a different Culture.. to get to her heart and, through her, to the heart of her Country.. (‘THY PEOPLE' = Csìlla's Country/People) .

- But that chance was not fulfilled... - as the 'background story' shows, when I've described my ‘absurd situation' [I found myself facing a paradox..] -..and despite Csilla's presence, I found myself so estranged.. in a state of dejection [reference to Jean Paul Sartre's ''Being and Nothingness'', more than to Heidegger's philosophy].

Yet, such a feeling of strangeness (of extraneousness) never leaves me.. even in Italy.. even among my people..

This comment is not mine. I post here a message Daniel J. Brick sent me a few hours ago: Daniel Brick (St. Paul United States) 1/24/2015,1: 11: 00 PM (GMT -6: 00) '' Bravo, Fabrizio! Even as I was typing my message yesterday I knew you would put things in their proper relation. I was not on your poem's wave-length, that is, I could not make the intuitive leaps connecting the spare images with the larger narrative. Something you explain so clearly, or rather make their context so clear, I don't see now I could have missed the meaning. But I did. LUX FACTA EST is the very compressed final words of Oedipus in the Stravinsky-Cocteau opera-oratorio, but that extremely compressed Latin phrase was their translator Jean Danielou. It was only when I looked so closely at your poem that I found all these questions assailing me. You've answered all, your poem's language compression is justified, you don't need to change anything. But your prose commentary should appear beneath or behind the poem. It makes for a fascinating, colorfully detailed text. And the butterfly is a symbol of the soul, which relates to the Dante/Beatrice parallel. Your prose comments show that love; when perceived as something not just secular and physical but also religious and spiritual. You can put your explanation with the poem. They enhance each other. '' [Daniel J.Brick] ********************** So, following the suggestion of Daniel, I've posted the 'background story': you can read it in the space below the text of my poem. Thank you Daniel. Thank you Readers. (Fabrizio Frosini)

''You can put your explanation with the poem. They enhance each other'' Daniel Brick is right, reading your detailed note the reader can understand any word of this so short but so beautiful poem

thank you. And yes, Daniel was surely right..

Romance flutters like a butterfly here, one can almost see the glistening at the tips of the wings. Elegant and beautifully descriptive...Thank you for sharing your amazing heart.....

grazie di cuore, Melvina! You know.. this poem has got a special place in my heart.. Thank you so much

It's romantic description with a touching background. Make me wonder about your younger years. It's essential part of youth and love.

Stopping By Woods On A Snowy Evening