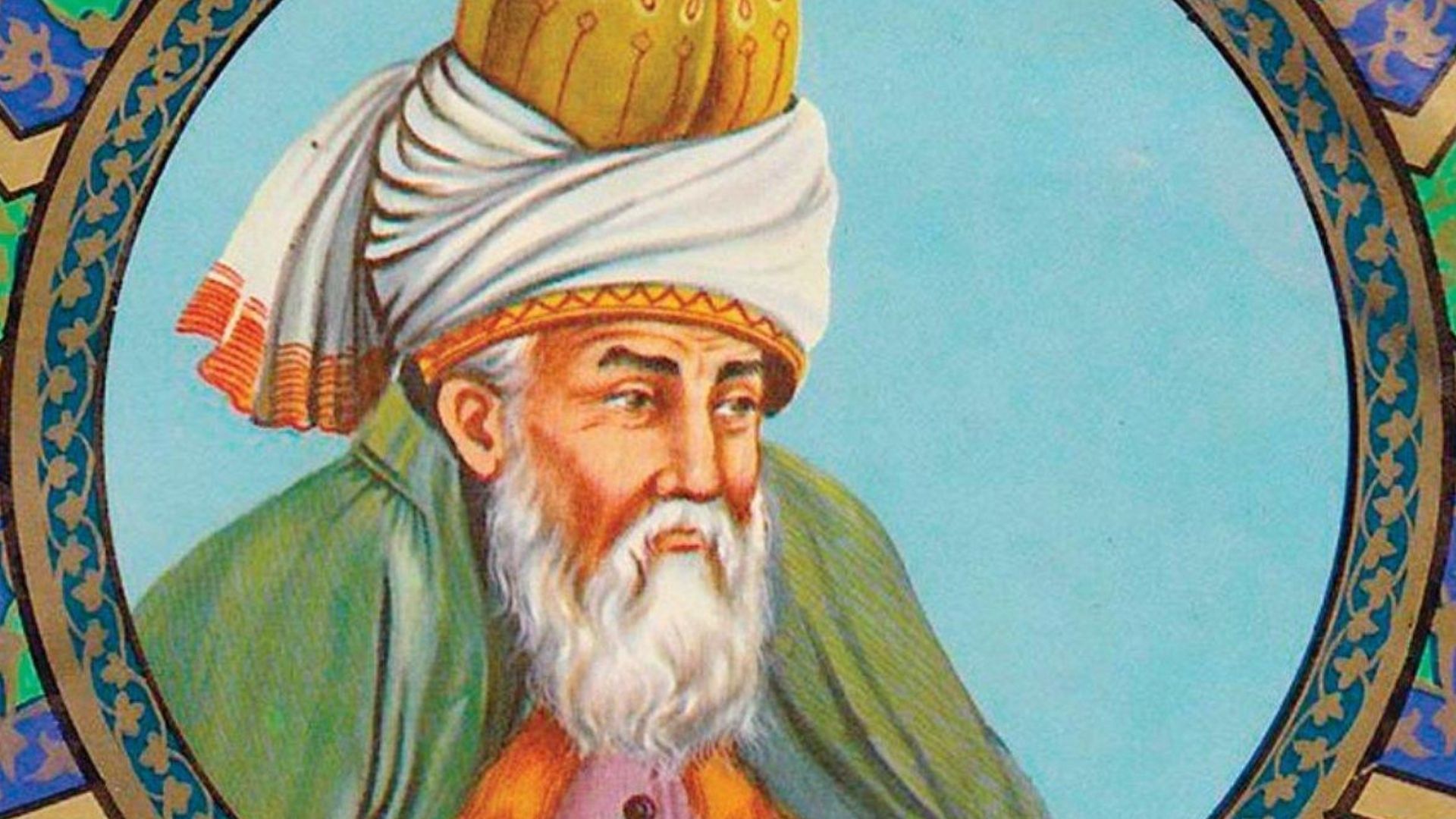 1.
A Moment Of Happiness

A moment of happiness,
you and I sitting on the verandah,
apparently two, but one in soul, you and I.
...

Read Poem
2.
Because I Cannot Sleep

Because I cannot sleep
I make music at night.
I am troubled by the one
...

Read Poem
3.
Be With Those Who Help Your Being

Be with those who help your being.
Don't sit with indifferent people, whose breath
comes cold out of their mouths.
...

Birdsong brings relief
to my longing
I'm just as ecstatic as they are,
but with nothing to say!
...

Read Poem
5.
Any Soul That Drank The Nectar

Any soul that drank the nectar of your passion was lifted.
From that water of life he is in a state of elation.
...

Read Poem
6.
A Stone I Died

Read Poem
7.
Every Day I Bear A Burden

Every day I bear a burden, and I bear this calamity for a purpose:
I bear the discomfort of cold and December's snow in hope of spring.
Before the fattener-up of all who are lean, I drag this so emaciated body;
Though they expel me from two hundred cities, I bear it for the sake of the love of a prince;
...

Read Poem
8.
All Through Eternity

All through eternity
Beauty unveils His exquisite form
in the solitude of nothingness;
...
...

Read Poem
9.
At The Twilight

At the twilight, a moon appeared in the sky;
Then it landed on earth to look at me.
...

Any lifetime that is spent without seeing the master
Is either death in disguise or a deep sleep.
The water that pollutes you is poison;
...

Did I not say to you, “Go not there, for I am your friend; in this
mirage of annihilation I am the fountain of life? ”
Even though in anger you depart a hundred thousand years
from me, in the end you will come to me, for I am your goal.
...

Read Poem
12.
Come, Come, Whoever You Are

Wonderer, worshipper, lover of leaving.
It doesn't matter.
Ours is not a caravan of despair.
...

Lord, said David, since you do not need us,
why did you create these two worlds?
...

Read Poem
14.
I Have A Fire For You In My Mouth

I have a fire for you in my mouth, but I have a hundred seals
on my tongue.
...

This being human is a guest house.
Every morning a new arrival.
...

Bring wine, for I am suffering crop sickness from the vintage;
God has seized me, and I am thus held fast.
...

Read Poem
17.
I Closed My Eyes To Creation

I closed my eyes to creation when I beheld his beauty, I became
intoxicated with his beauty and bestowed my soul.
For the sake of Solomon’s seal I became wax in all my body,
and in order to become illumined I rubbed my wax.
...

A lover asked his beloved,
Do you love yourself more
...

A true lover is proved such by his pain of heart;
No sickness is there like sickness of heart.
The lover's ailment is different from all ailments;
...

Rise, lovers, that we may go towards heaven; we have seen this world, so let us go to that world.
No, no, for thought these two gardens are beautiful and fair, let us pass beyond these two, and go to that Gardener.
Let us go prostrating to the sea like a torrent, then let us go foaming upon the face of the sea.
Let us journey from this street of mourning to the wedding feast, let us go from this saffron face to the face of the Judas tree blossom.
...

A Moment Of Happiness

A moment of happiness,
you and I sitting on the verandah,
apparently two, but one in soul, you and I.
We feel the flowing water of life here,
you and I, with the garden's beauty
and the birds singing.
The stars will be watching us,
and we will show them
what it is to be a thin crescent moon.
You and I unselfed, will be together,
indifferent to idle speculation, you and I.
The parrots of heaven will be cracking sugar
as we laugh together, you and I.
In one form upon this earth,
and in another form in a timeless sweet land.

Rumi is one of the greatest mystic poet with deeper perception and appreciation of truth and the universe as a whole.

In December 1273, when Rumi fell ill, he predicted his own death and composed a ghazal which begins with the verse: '' How doest thou know what sort of king I have within me as companion? Do not cast thy glance upon my golden face, for I have iron legs. ''

My most favourite poet of the world.

His poems are not only beautiful but inspirational. He makes me proud to be an Afghan. [3

WOW-WOW-WOW- The Great Rumi is today The Poet Of The Day, hoorray! CONGRSATULATIONS to his close relatives

So very happy to read that The Great Philosopher and thinker has been chosen as The Poet Of The Day. Hoorray!

Please help me to find the Rumi poem where he says something like: " Just because the blanket has a run/slipped thread (or a tear) I would not throw it away..." Thank you.

I cannot find Rumi's poem " Enlightenment is a gamble" ? ?

“Your task is not to seek for love, but merely to seek and find all the barriers within yourself that you have built against it.”

“The wound is the place where the Light enters you.”

“Stop acting so small. You are the universe in ecstatic motion.”

“What you seek is seeking you.”

“Don’t grieve. Anything you lose comes round in another form.”

“Dance, when youre broken open. Dance, if youve torn the bandage off. Dance in the middle of the fighting. Dance in your blood. Dance when youre perfectly free.”

“If you are irritated by every rub, how will your mirror be polished?”

“You were born with wings, why prefer to crawl through life?”

“Forget safety. Live where you fear to live. Destroy your reputation. Be notorious.”

“When you do things from your soul, you feel a river moving in you, a joy.”

“Dont be satisfied with stories, how things have gone with others. Unfold your own myth.”

“Yesterday I was clever, so I wanted to change the world. Today I am wise, so I am changing myself.”

“My soul is from elsewhere, Im sure of that, and I intend to end up there.”

“Sell your cleverness and buy bewilderment.”

“silence is the language of god, all else is poor translation.”

“Ignore those that make you fearful and sad, that degrade you back towards disease and death.”

“Raise your words, not voice. It is rain that grows flowers, not thunder.”

“In your light I learn how to love. In your beauty, how to make poems. You dance inside my chest where no-one sees you, but sometimes I do, and that sight becomes this art.”

“Lovers dont finally meet somewhere. Theyre in each other all along.”

“Everything in the universe is within you. Ask all from yourself.”

“Where there is ruin, there is hope for a treasure.”

“I want to sing like the birds sing, not worrying about who hears or what they think.”

“Let yourself be drawn by the stronger pull of that which you truly love.”

“Be grateful for whoever comes, because each has been sent as a guide from beyond.”

“Words are a pretext. It is the inner bond that draws one person to another, not words.”

“Travel brings power and love back into your life.”

“Let the beauty we love be what we do. There are hundreds of ways to kneel and kiss the ground.”

“Set your life on fire. Seek those who fan your flames”

“Be like the sun for grace and mercy. Be like the night to cover others faults. Be like running water for generosity. Be like death for rage and anger. Be like the Earth for modesty. Appear as you are. Be as you appear.”

“This is love: to fly toward a secret sky, to cause a hundred veils to fall each moment. First to let go of life. Finally, to take a step without feet.”

“A thousand half-loves must be forsaken to take one whole heart home.”

“We come spinning out of nothingness, scattering stars like dust.”

“Suffering is a gift. In it is hidden mercy.”

“I know youre tired but come, this is the way.”

“Either give me more wine or leave me alone.”

“I have lived on the lip of insanity, wanting to know reasons, knocking on a door. It opens. Ive been knocking from the inside.”

“Come, come, whoever you are. Wanderer, worshiper, lover of leaving. It doesnt matter. Ours is not a caravan of despair. come, even if you have broken your vows a thousand times. Come, yet again , come , come.”

“Be melting snow. Wash yourself of yourself.”

“Wherever you are, and whatever you do, be in love.”

“Take someone who doesnt keep score, whos not looking to be richer, or afraid of losing, who has not the slightest interest even in his own personality: hes free.”

“And you? When will you begin that long journey into yourself?”

“Start a huge, foolish project, like Noah…it makes absolutely no difference what people think of you.”

“Respond to every call that excites your spirit.”

“But listen to me. For one moment quit being sad. Hear blessings dropping their blossoms around you.”

“Reason is powerless in the expression of Love.”

“A mountain keeps an echo deep inside. Thats how I hold your voice.”

“That which God said to the rose, and caused it to laugh in full-blown beauty, He said to my heart, and made it a hundred times more beautiful.”