"Birth in Living, Birth in Awakening"

When I was a baby everything around me in darkness kept me at bay until I awoke in kindergarten.My mind wasn't filled with the elements of living- touch, feel, sight, hearing- for quite a few years after being born.It was as if I wasn't really born right up to kindergarten and that I awoke in kindergarten after being in it for some time.The brain I had wasn't developed enough for memories to come flooding in; in fact, most of the waking moments were too sporadic and monumental for there to be complete, total awareness of life.Even after I started awake there were problems with me: I lied, cheated, stole, hit, kicked, injured, and so much more with my body, mind, and soul.Mom put me in clothes when I was a baby but she might as well have put shirts and pants on a sightless ghost.Blindness and darkness filled my babyhood.Nothing was seen, nothing was heard, nothing was remembered, nothing was thought, nothing was felt… everything and all of it dwelled on a vacuum into which the spirit of mine eventually flooded by the time I was in late kindergarten.There was no joy as a baby because there was no existence in me as a baby.Light started coming in in true colors after I started feeling pleasure and pain on different moments.For example, I've always had the image of my brother and I crying in front of our lazy dad as he watched TV; even then, way back then, I had no awareness or existence of that entire day other than the crying moment between my brother and I.Sin as well as virtue and vice gradually lifted me into the light and without it I'm afraid I'd still be a form without existence to this day.My parents thought I was a happy baby back then.I've been telling them recently, "What? !I was not even awake yet! "It's true.My baby photo shows me smiling, smiling during a time I never had existence in.I was just flesh; nothing more.I was baptized and still nothing more than darkness seen in me.Odd dreams came to me in my toddler years; one dream showed my dad turning into the shadow form of the cookie thief from Sesame Street, if the character could be blown up to twice his size; he was sauntering by a doorway I had escaped through in the dream and everything was silent, scary, and a hallucination.Aristotle himself said in his ancient philosophy that a young boy couldn't be happy.How were those ancient boys?Feelings and ideas have made me come to this awareness of the life I never had as a baby.Was this vacuum some kind of joke?Absolutely not; in fact, I didn't know jokes in the darkness; I also didn't know happiness, sadness, anger, depression, anxiety, bright moods, or anything related to psychology.As a baby I was a body without the mind.So next time parents look at their babies and see them smiling, my suggestion to them is that they don't just go on and assume their babies are really happy.A lot of babies may really be happy.However, a baby's smile could just be a mark on the flesh, a mark on the darkness, a mark on someone's complete, total vacuum in space.What's the meaning of emotion?In particular, what's the meaning of emotion before someone is told anything about it?Maybe cavemen had emotions.Maybe cavemen had emotions that only they had, that only they talked about, that only they expressed and felt.It's certainly apparent that a lot of emotions which have existed over the course of evolutionary history have disappeared; our understanding of things is evolutionary.And so what's the problem with someone who is always mom's baby?My problem with it is that a mother can feel and think of things for the baby to interpret the baby's time in space when the little guy has no awareness of anything- no ego, no identity, no spirit.Because of this an American president probably shouldn't be a baby since he or she would be nothing really. 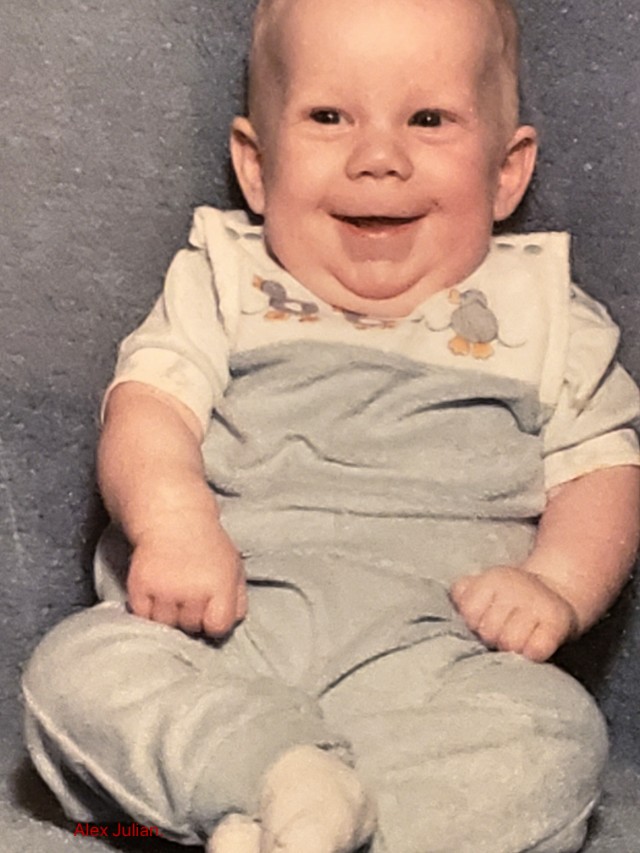