It is no secret that the Archangel Jibril has lied to the ruler of the Earth at that time by taking a handful of soil from the island of Java
The earth swore to Jibril 'I seek refuge in the majesty of Allah Who has sent you so that you do not take anything from me that will become part of hell.'
Even the devil has been lied to and has no power over what he has felt
Until Adam came to this earth because of the agitator who knew very well how Adam was created

Outcrops of land, rocks and all the bottom of the Ocean where the elements of the mountains have been dredged not by the Angels but because of the cruelty of humans themselves
Connected corals are evidence of how corals are arranged and many elders and ancestors believed that Adam was created from the grip of the earth taken by Jibril
These claims can clearly be questioned for their validity, but the nature in the deceased's homeland is indeed the way it is
Kebumen is a term about the origin of the earth that exists on this earth and the collision between plates is a witness to how the earth proceeds according to the sunatullah 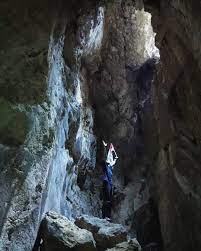 Ayatullah Nurjati
Sunday, June 12, 2022
poem poems Earth ocean october facts Elements Mountains deceased island
Download image of this poem.
Report this poem
POET'S NOTES ABOUT THE POEM
From the earth We created you, and into it We will return you, and from it We will bring you back again.
COMMENTS OF THE POEM
UNNIKRISHNAN Sivasankara Menon 12 June 2022

I think Jibril in Islam is Gabriel in Christianity. Beautiful poem. Lovely images. Loved it

Thank you for your compliment sir!

I would like to translate this poem
Poems By Ayatullah Nurjati
Silodong Cave, Kebumen, Central Java
A Man And A Hoe
Cigarette Philosophy
A Beautiful Dancer Of Ndolalak
Country Of Donations
See All Poems by Ayatullah Nurjati
Next Poem
141 / 156
Previous Poem