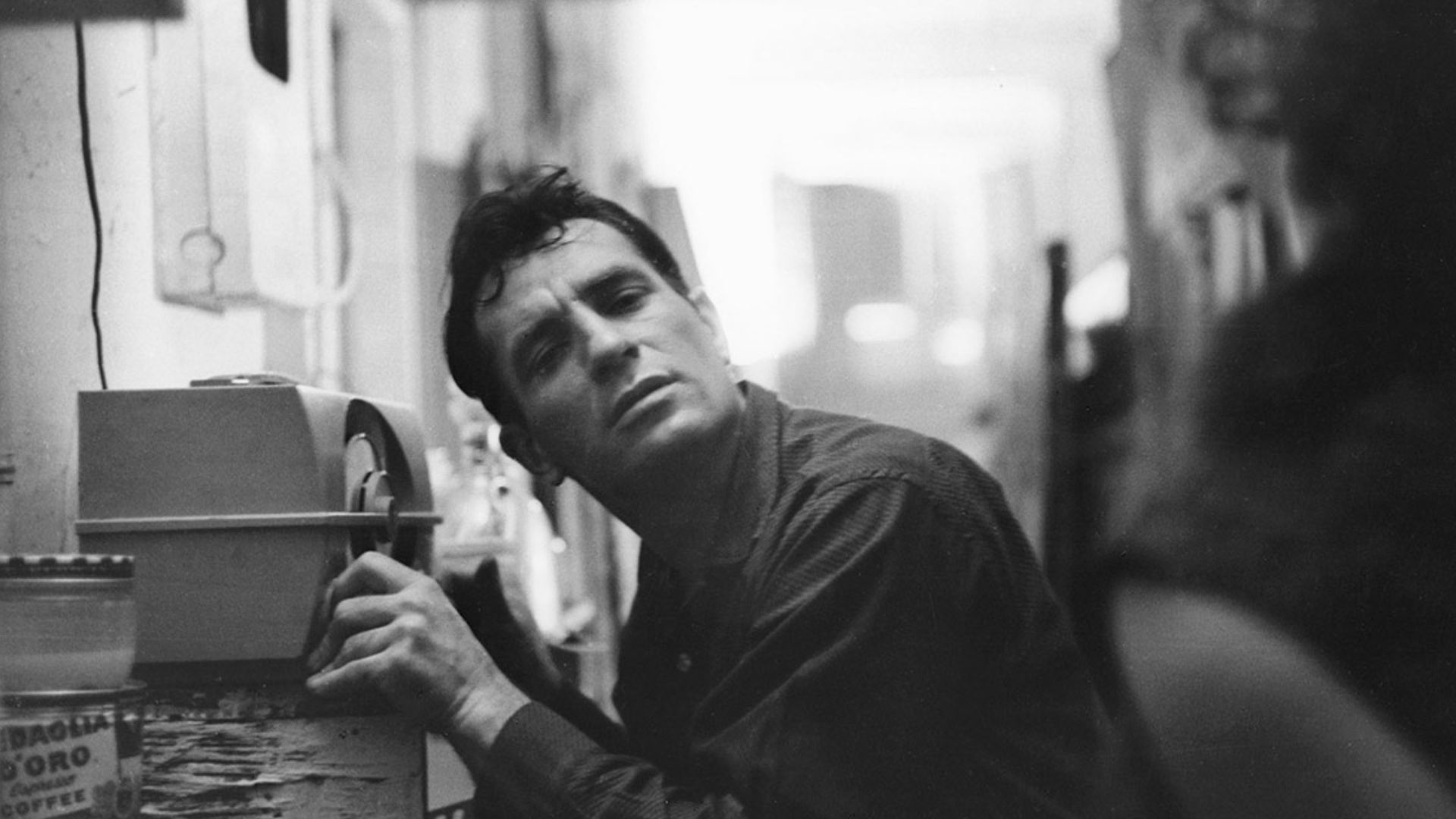 The low yellow
moon above the
...

Read Poem
4.
How To Meditate

-lights out-
fall, hands a-clasped, into instantaneous
ecstasy like a shot of heroin or morphine,
...

'Tryna get to sunny Californy' -
Boom. It's the awful raincoat
making me look like a selfdefeated self-murdering
...

The story of man
Makes me sick
Inside, outside,
I don't know why
...

Society has good intentions Bureaucracy is like a friend
5 years ago - other furies other losses -
...

Tears is the break of my brow,
The moony tempestuous
Sitting downIn dark railyards
When to see my mother’s face
...

The great hanging weak teat of India
on the map
The Fingernail of Malaya
The Wall of China
...

I lie on my back at midnight
hearing the marvelous strange chime
of the clocks, and know it's mid-
...

April doesnt hurt here
Like it does in New England
The ground
Vast and brown
...

Man is not worried in the middle

Man in the Middle
Is not Worried
...

I keep falling in love
with my mother,
I dont want to hurt her
-Of all people to hurt.
...

Butte Magic of Ignorance
Butte Magic
Is the same as no-Butte
...

And how sweet a story it is
When you hear Charley Parker
tell it,
...

Roosevelt was worth 6, 7 million dollars
He was Tight
...

Describe fires in riverbottom
sand, and the cooking;
the cooking of hot dogs
spitted in whittled sticks
...

One flower
on the cliffside
Nodding at the canyon
...

The Best Poem Of Jack Kerouac

wow. amazing. i love kerouac. all the crazy ways i feel about life and living it up comes out in his poetry. yay. thank ya bunches ^_^ peace b

camel aint got on m

ur mum is weird

It is not my fault that certain so-called bohemian elements have found in my writings something to hang their peculiar beatnik theories on.

All of life is a foreign country.