I used to stroll along in the pedestrian way,
Most at night times for close of the day,
With an anticipation of being so relax and calm,
And also searching for something like balm.

Just an expectation I had,
Not the encountered experiences in life,
And I thought the men outside,
Were frolicsome and rollicking than the men inside.

It opened the pathway towards the gateway,
From which I held my conceptualizations at the doorway,
When I moved in, I descried the highly adorned streets,
With many lamp posts aligned,
And many people with patient minds.

And then I continued walking,
Being tenaciously dogged and anticipations in seeking,
With harshness implied in their eyes,
Burden and unenviable nature in life styles.

I felt like two worlds in persistence,
A line named segregation towards separation,
No doubt, the world exists as two halves,
One with rich making merry in all the times,
And the other with poor having onerous lives by all means.

I say, the man is far from reality,
The modern man thinks, but he doesn't deserve the dignity,
And if one perceived this tragedy,
He would never say that rich were worthy,
In any circumstance for giving them such a melancholy.

With a strong dismay and a frustration inside,
I commenced dwelling upon the happenings outside,
And then I heard the bitter wailing,
Of the women and children in miserable ways,
And a stranger whispered they were sans food for some days.

Then I freezed and marveled in finding,
The martyred martyr with martyrdom,
And many were bundled garnering together,
For finding warmth in resisting the colder,

They weren't shelling out for money,
Or even the status with reverences,
But they had merely one word to say,
'Food' is the one which echoed through out the day. 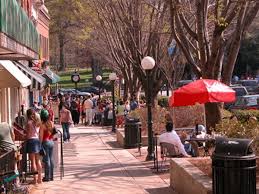 Topic(s) of this poem: lifestyle